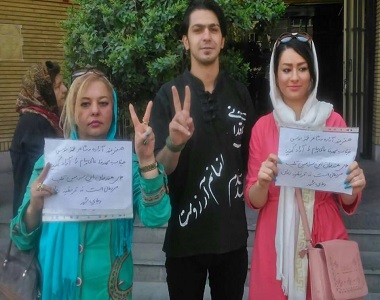 HRANA News Agency – Pouria Ibrahimi, civil rights activist was released on the bail, after 8 months in detention. Mr. Ibrahimi was arrested on June 9, and charged with propaganda against the regime and collusion and acts against the national security.

According to the report of Human Rights Activists News Agency (HRANA), Pouria Ibrahimi was released on the bail of 70 million Tomans on February 8, from ward number 8 of Evin prison. END_OF_DOCUMENT_TOKEN_TO_BE_REPLACED