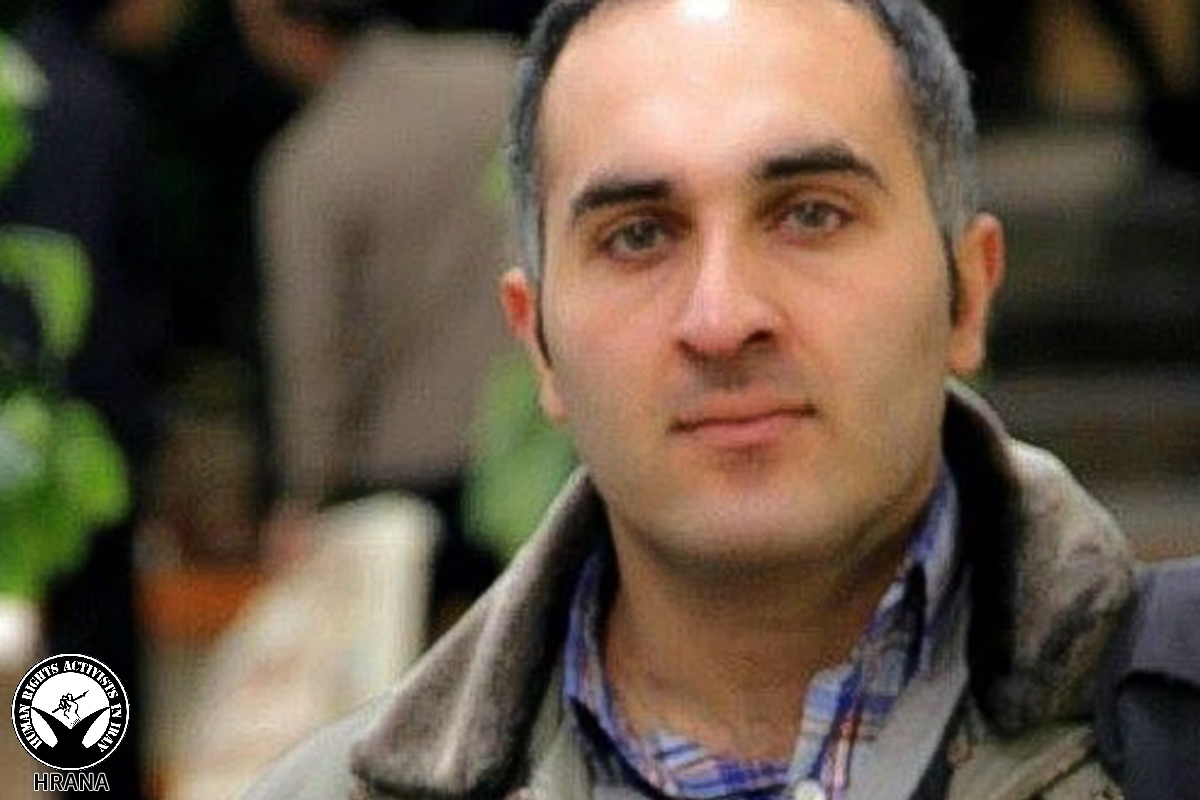 Human Rights Activists News Agency (HRANA) – The three-year prison sentence of Azerbaijani activist Hossein Ali Mohammadi Alvar has been upheld by Judge Bahloul Alizadeh of East Azerbaijan Province Appeals Court Branch 3. Mohammadi Alvar is a resident of Tabriz in northwestern Iran, home to the country’s Azerbaijani ethnic minority.
An informed source confirmed news of the appeals decision to HRANA and elaborated on Mohammadi Alvar’s charges: two years in prison for insulting the Supreme Leader, and one year in prison for propaganda against the regime.
The appeals verdict confirmed the initial sentence issued to Mohammadi Alvar in Branch 2 of Tabriz Revolutionary Court. The same appeals court upheld the same sentence on the same charges four years ago, in connection to a different case file initially tried in Tabriz Revolutionary Court Branch 3. Pursuant to the 2014 ruling, security agents apprehended Mohammadi Alvar March 1, 2015, transferring him to Tabriz Central Prison to begin serving his sentence.
Authorities began developing a rap sheet on Mohammadi Alvar on September 12, 2013, when he and Farzad Mahdavi were arrested by security agents at a match of the Tabriz-based soccer club “Tractor Sazi.” Both Mohammadi Alvar and Mahdavi spent a day in detention before posting bail and going free.
Two months later, on November 4th, 2013, Tabriz security agents would arrest Mohammadi Alvar a second time, along with his fellow Azerbaijani activist Taha Kermani. Mohammadi Alvar and Kermani spent nearly 6 months in Tabriz Central prison before being released on bail. The corollary 10-year prison sentence issued to Mohammadi Alvar and Kermani in Revolutionary Court Branch 3 was later reduced to 2 years in appeals court.
In July 2015, Amnesty International issued a statement expressing concern that Mohammadi Alvar and Kermani’s 10-year sentence was “unjustified” and “politically motivated.” Amnesty said the men were convicted on the basis of confessions extracted under torture, which constituted a violation of human rights. They urged authorities to order an impartial investigation of the men’s torture allegations, and that if the latter is proven true, to bring those responsible to justice.

HRANA News Agency – The appeal court of East Azerbaijan province sentenced each of Taha Kermani and Hussein Ali Mohammadi to two years imprisonment with counting the days of previous detention by acquittal of charges of “blasphemy”.
According to the report of Human Rights Activists News Agency in Iran (HRANA), the seventh branch of the appeal court of East Azerbaijan province has exported final vote in the verdict dated January 12th regarding the appeals of Ali Mohammadi and Kermani’s ten-year imprisonment Sentence. END_OF_DOCUMENT_TOKEN_TO_BE_REPLACED

HRANA News Agency – The hearing of appeal request of Taha Kermani and Hussein Alimohammadi Alvar was held on Saturday, 16 January in Branch 7 of the Court of Appeal of East Azerbaijan Province. The Court declared the end of the hearing and will issue the final sentence.
According to the report of Human Rights Activists News Agency (HRANA), following the request of lawyers of Alimohamadi and Kermani for appeal to the sentence of 10 years imprisonment issued by the Revolutionary Court of Tabriz, the provincial branch of the Seventh Court of Appeals proceeded the case under the presidency of Judge Ataloo. END_OF_DOCUMENT_TOKEN_TO_BE_REPLACED

HRANA News Agency – Hossain Ali Mohammadi and Taha Kermani, two civil right activists from Tabriz city, have been each sentenced to 13 years in prison.
According to the report of Human Rights Activists News Agency (HRANA), branch number 3 of the revolutionary court of Tabriz, has sentenced Hossain Ali Mohammadi and Taha Kermani to ten years in prison on charges of blasphemy and setting fire on public properties with the intention of opposing Islamic regime, on May 12. END_OF_DOCUMENT_TOKEN_TO_BE_REPLACED 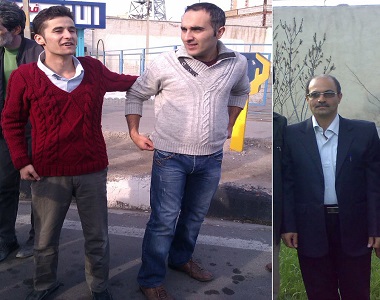 HRANA News Agency – Three Azerbaijani activists have been sentenced to 7 years imprisonment by a court in Tabriz.
According to the report of Human Rights Activists News Agency (HRANA), Rasol Razavi, Hossein Ali Mohammadi and Taha Kermani, three Azerbaijani civil activists were sentenced to 7 years in total by a court in Tabriz. END_OF_DOCUMENT_TOKEN_TO_BE_REPLACED