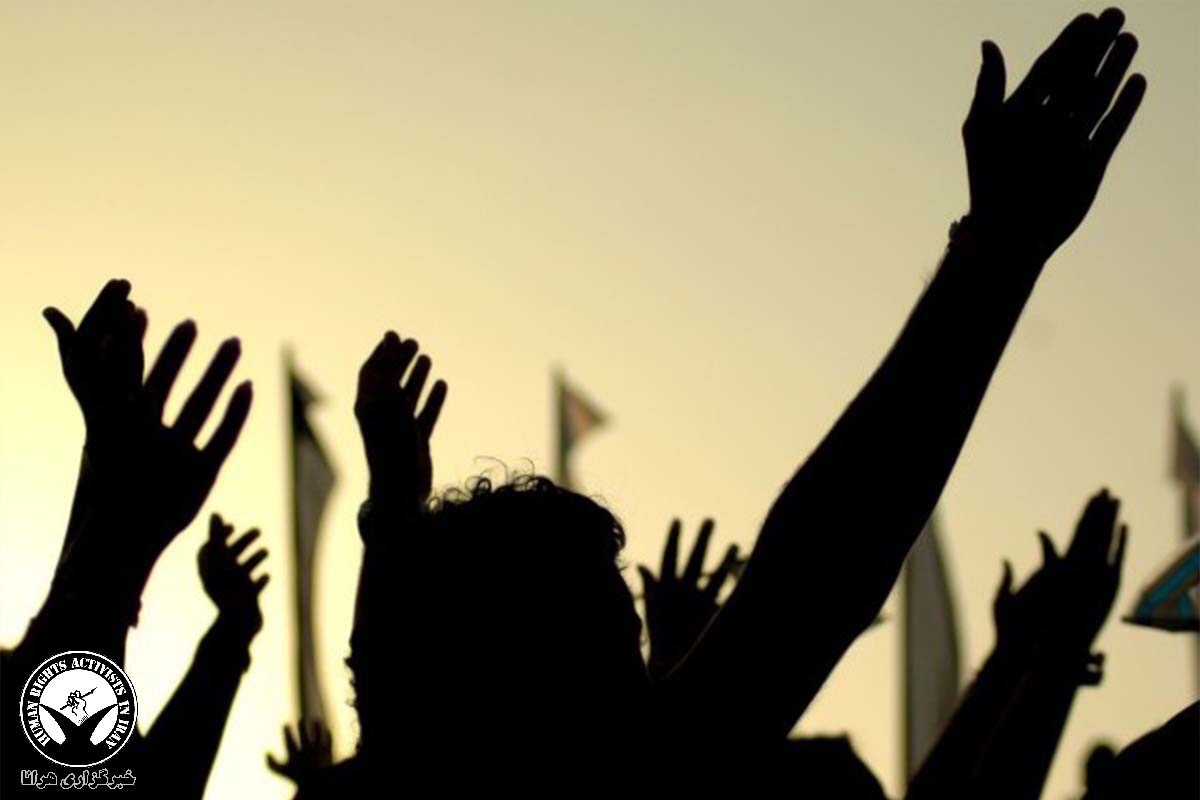 Human Rights Activists News Agency (HRANA) – Throughout Sunday and Monday in Iran, multiple protests were reported across Iran. Protesters included: a group of Azadi Sports Complex workers (in Tehran), a group of Falat-e Ghare oil workers (in Khark island in the Persian Gulf), several Northeastern Railroad workers, a group of Tehran’s Shad Abad Iron Market merchants, a group of landowners in Savojbalagh (whose properties have been recently designated as a “national resource”), and a group of residents of Asr Abad village in Marivan (western Iran).

According to the state-run Fars News Agency, Azadi Sports Complex workers were protesting the dismissal of six of their colleagues in addition to unpaid severance pays.

Azadi complex is under provisional direction following the sacking of its last director in July. Twenty protesting workers first gathered in Azadi Sports Complex to voice their demands and then headed to the Ministry of Sport and Youth. Following the rally in front of the Ministry, Zhaleh Faramarzian, a Ministry VP, met and spoke with a representative of the protesters. When Ms Faramarzian reportedly promised to help resolve their issues, the protestors marched to the Development and Maintenance of the Athletic Facilities Office to hold discussions with its president, Hassan Karimi.
As a result of these discussions, it was agreed that the six dismissed workers would return to work and the other demands would be met as soon as possible.

Workers at the Falat-Ghareh located in Khark Island in the Persian Gulf launched a strike and rallied in protest to a $50* cut to their salaries. According to the state-run Tasnim News Agency, the employer is refusing to heed to the demands of the workers.

There are reports of continued strikes in the cities of Sarakhs, Shahroud, Damghan, and Semnan. The workers in these areas have reportedly not received their salaries, insurance, and severance pays for the past three months.

Railroad workers in Iran who number 7,000 nationally demand that temporary and contractual agreements are scrapped and replaced by permanent positions. They also ask for their unpaid salaries and benefits and seek insurance coverage [by the employer].

Radio Zamaneh reports that for the second day in a row, merchants at Tehran’s Shad Abad Iron Market went on strike. A video clip disturbed on social networks shows closed shops at this market.

According to Radio Zamaneh, a group of landowners at Savojbalagh assembled in front of Alborz Province’s Agricultural Jihad Ministry to protest broken promises by officials and the legal limbo surrounding the status of their properties.

The owners of these 1,200 pieces of land had purchased their properties from Habitation Coops. However, the lands were declared “national” property in 2016. The owners have been passed between the Natural Resources Office and the Housing and Urban Planning Organization.

Back in March, the Savojbalagh county director claimed that the issues surrounding the properties were resolved and the landowners would receive good news.

According to Radio Zamaneh, Asr Abad residents protesting the burial of the city of Varamin’s garbage in their village have blocked the burial for the past three days. Photos of the large piles of garbage in a parking lot have been distributed. Marivan’s Governor had promised to remove the trash but no concrete action has been taken.