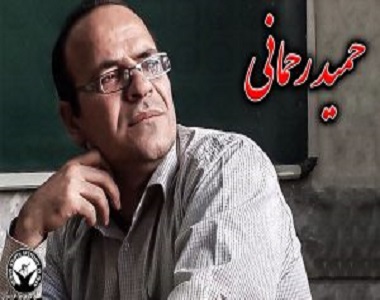 HRANA News Agency – Hamid Rahmani, cultural activist and secondary school teacher in Varamin city, was summoned to the Intelligence Office of the Iranian Revolutionary Guards. In the summons Mr. Rahmani has been asked to attend the office just “to give some explanations”.

According to the report of Human Rights Activists News Agency in Iran (HRANA), Hamid Rahmani, secondary school teacher, had been summoned by the intelligence office of the Iranian Revolutionary Guards in the city of Varamin, to attend their office to give some explanations, on January 24.

Hamid Rahmani, one of the top teachers of this city, is active in the cultural fields. He manages the Telegram channel of “The Library” which presented “The movement of 15 minutes of study a day” in the Tehran International Book Fair.