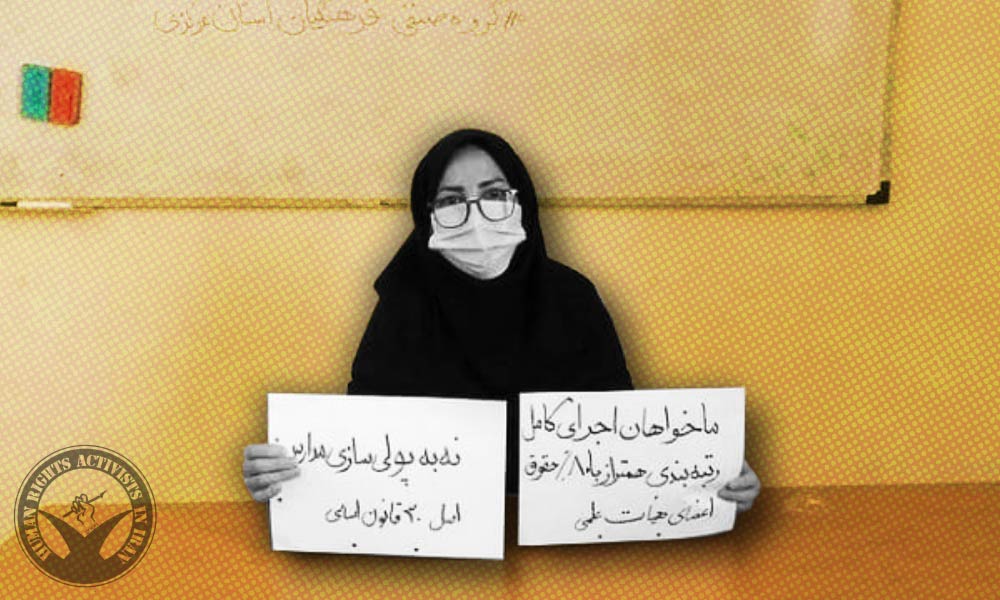 On Sunday, May 1, 2022, security forces arrested teacher union activist Fatemeh Bahmani at her house and transferred her to an unidentified location. During the arrest, the agents searched her house and confiscated some of her and her family’s belongings including laptops and cell phones.

Mrs. Bahmani had been arrested on a prior occasion on December 24, 2021,  and released after a few hours of interrogation.

In 2018,  Mrs. Bahmani was arrested with her husband during a teachers’ sit-in strike in Arak City and sent to prison. Subsequently, in two separate legal cases, Bahmani and her husband were sentenced to two years of suspended imprisonment, which lasts for three years, and a fine of 8 million tomans.

The reason for this arrest, the charges and Bahmani’s whereabouts are still unknown.