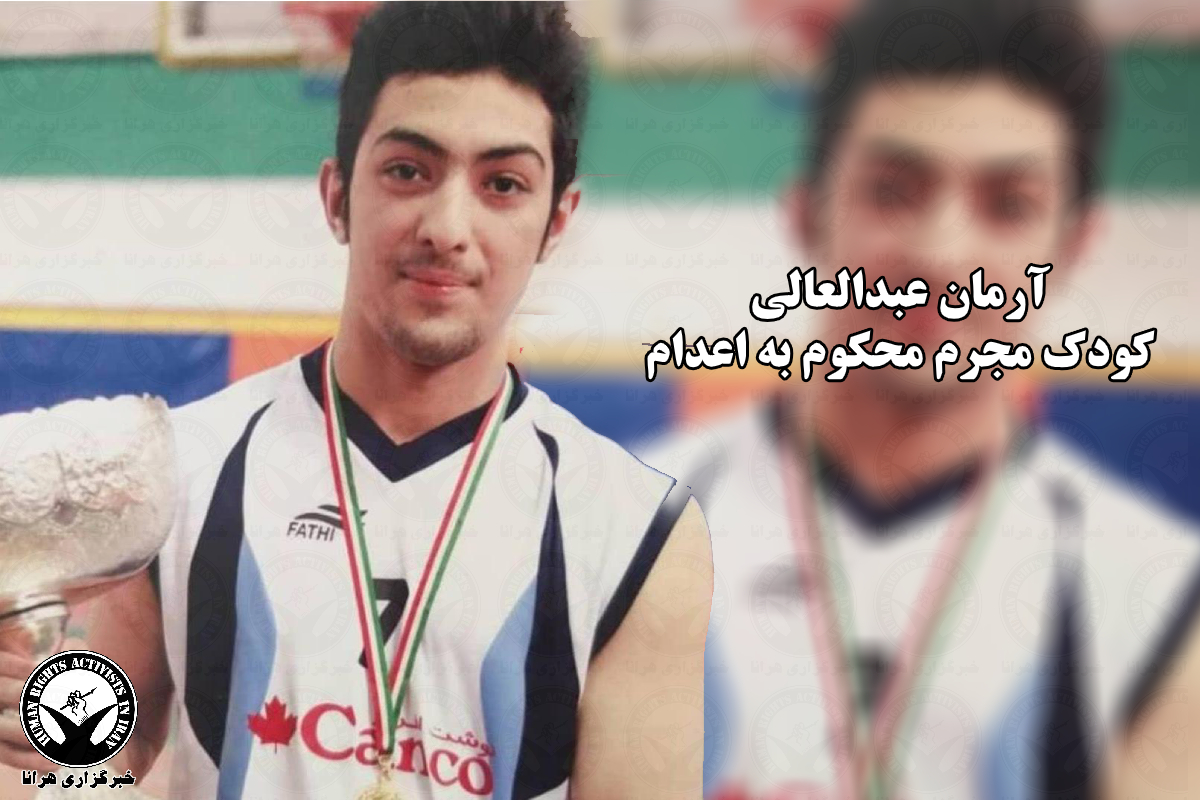 Arman Abdolaali was arrested in 2013 on the charge of murdering his girlfriend, Ghazaleh Shakour, in 2013 when he was under 18 years old. During the interrogation process, he confessed murdering Ghazaleh Shakour and said that “I was in love with her and proposed to her, but she refused to marry me, so I pushed her, and she was killed”. But afterward, he denies his confession and claims that he has not killed her. While the body of Ghazaleh Shakour was never found, the court sentenced Arman to death. His case was transferred to the Supreme Court of Iran and later to the Appeals Court but finally, after six years, his death sentence is confirmed.

On December 31, 2019, Amnesty International requested the Iranian Officials to refrain from executing Arman Abdolaali since he was a minor at the time of committing the crime. He is 24 years old now. According to Amnesty International, he was a child at the time of his arrest and his execution is an obvious violation of international laws. The court has claimed that while the convict was a minor at the time of committing the crime, but “he was fully aware of his wrongdoing”. He was transferred to a solitary confinement cell in Rajai Shahr Prison in Karaj to prepare for execution on the charge of “murder” but according to his attorney, Hossein Shamlou Ahmadi, the family of Ghazaleh Shakour has granted Arman Abdolaali a month to clarify some details regarding this case and thus, his execution is postponed.

In 2019, the Iranian authorities issued the death penalty sentence to 108 individuals and have already carried out 248 executions including 13 execution in public. In addition, 4 juvenile offenders have also been executed in 2019 who were under the age of 18 at the time of committing the crime. Secret executions of prisoners reported by the independent sources and the human rights association indicate that 75% of executions are carried out in secret or without any public notice.