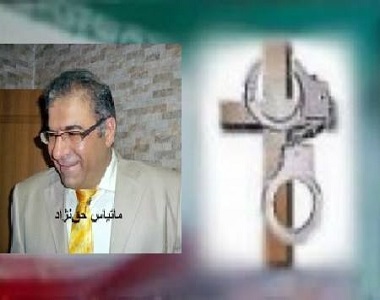 According to the report of Human Rights Activists News Agency (HRANA), Seyed Alireza Ali Haghnejad, known as Mathews, the new converted to Christianity from Anzali city was arrested on July 5th.

Mathews is a priest of Iran church, who was arrested along with Mohammad Roghangir, known as Vahid and Soroush Rezayi, who are from the same church in Shiraz, in Anzali, at Mathew’s house, on Saturday, July 5.

The security forces have seized the holy books, pamphlets and personal computer of Mathews.

Previously, Yousef Nadar khani, another member of Iran church was sentenced to death, but because of the activities of human rights organizations the sentence was cancelled and he was released.

Behnam Irani, another member of this church, who is serving his sentence at Central Prison of Karaj was transferred to an unknown location for two weeks last month, despite his bad physical and health condition. He is deprived of all the rights of a prisoners like furlough.