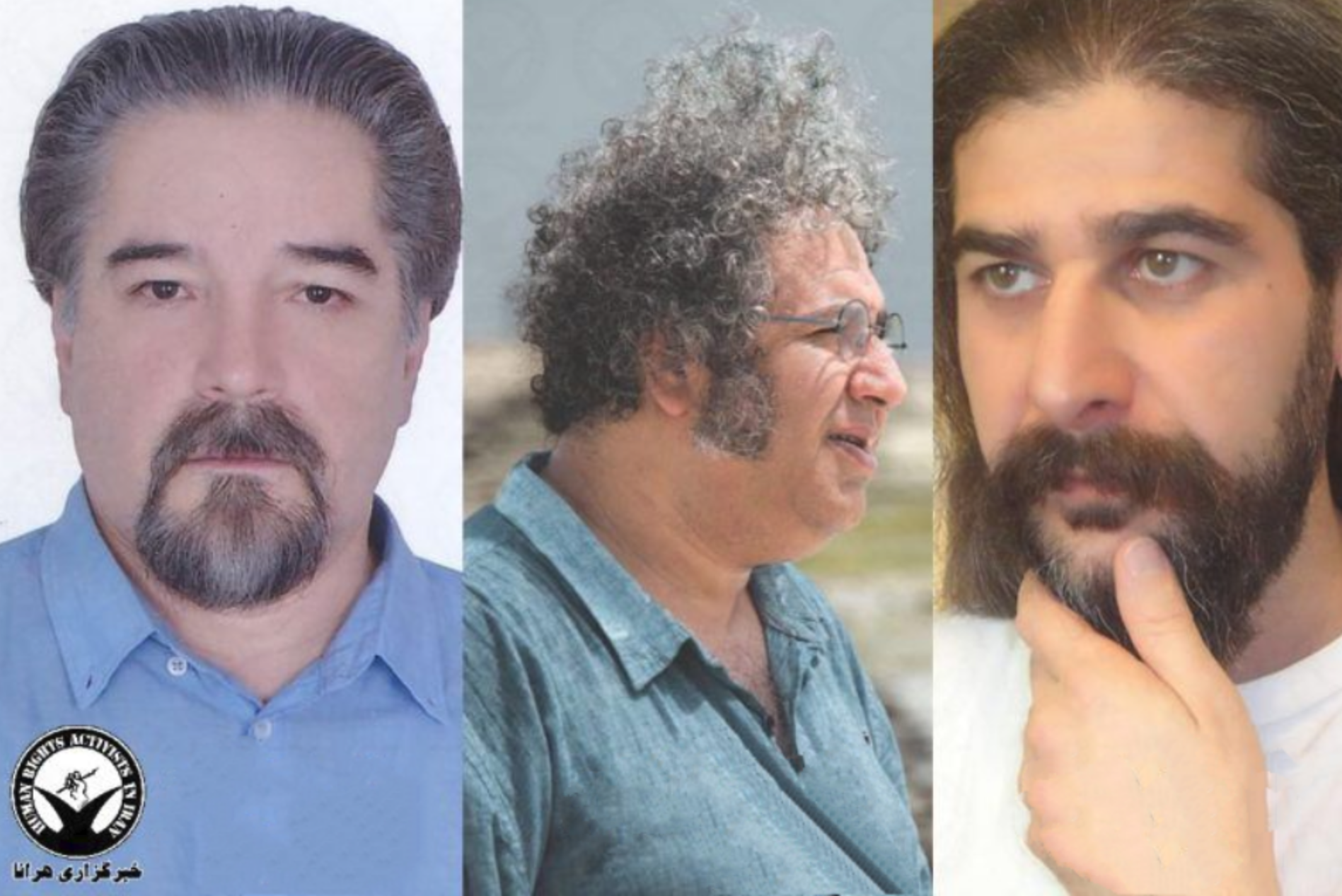 Previously held on charges of “propaganda against the regime” with a bail set at 50 million tomans [approximately $3,300 USD], the three were recently summoned to Branch 7 of the Evin Prosecutions Office to be read new charges of “assembly and collusion with intent to act against national security” and “inciting Iranian women to depravity.” An informed source told HRANA that the case investigator has increased their bail amount to 100 million tomans [approximately $6,600 USD].

Of the new charge, Mahabadi said, “From what we’ve gathered from the case investigator, it seems certain officials deemed ‘propaganda against the regime’ to be too light a charge for us, and asked the investigator to recall the case and add more charges.” He added that he and his comrades denied the accusations and demanded proof.

All three defendants were read their charges of “propaganda against the regime” back in August. HRANA reported August 2, 2018, on the court summons of Bektash Abtin — poet, filmmaker, and former PEN member — to Branch 7 of the Evin Prosecution Office. Khandan and Bazhan received their respective writs on July 26th, giving them three days’ notice to appear in the same spot.

In June 2018 and in a separate case, Karaj Revolutionary Court Branch 2 convicted Abtin of propaganda against the regime, sentencing him to three months’ forced labor at the State Welfare Organization of Iran and a fine of 5 million tomans [approximately $700 USD]. An appeals court later lifted the forced labor sentence.

Ministry of Intelligence Agents also detained Abtin was for three consecutive days in 2015, interrogating him about his film-making, membership in the CIW, and participation in the 2009 post-election protests.

The Iranian PEN Centre is a non-governmental organization founded in 1968 with the aim of uniting writers, translators, and editors against censorship. It is a subsidiary of PEN International. Since its foundation, and particularly during the 80s and 90s, Iranian authorities have hounded its members with repression, judicial prosecution, and targeted killings. Members Mohammad Jafar Pouyandeh and Mohammad Mokhtari were among those killed by the Iranian Ministry of Intelligence in the “chain murders” in the late 80s and early 90s.