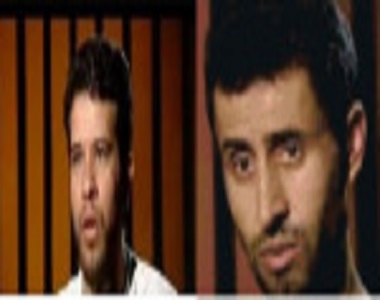 HRANA News Agency – Hashem Sha’bani and Hadi Rashedi the cultural activists from Ahwaz, are in critical health condition both physically and mentally.

Nouri Hamzeh the human rights activist and resident of Sweden told HRANA reporter “Shabani and Rashedi recently have been transferred to the detention center of Intelligence office from Karoun prison, as Hashem Shabani was under torture both physically and mentally for 52 days ad Hadi Rashedi for three weeks.”

“Hashem Shabani has tongue tie, depression and mental confusion which resulted his unsuccessful suicide in the bathroom in Karoon prison.”

“During the interrogation sessions in the detention center of Intelligence office, three of Hashem Shabani’s teeth has been broken and Hadi Rashedi got occlusion in his gut.”

“Meanwhile the Intelligence office has prevented their transfer to hospital and the prison clinic just provided Ibo Brufen tablets.”

Hashem Shabani, Hadi Rashedi, Mokhtar Alboshokeh, Jaber Alboshokeh and Mohammad Ali Amoori are the five members of Al-Hewar cultural institution in Khalife who have been sentenced to death on charge of acting against national security and enmity against God.

The international medias covered the Al-Hewar institute story widely. The human rights activists believe that Hashem Shabani has been transferred to Intelligence office detention center and been tortured for 52 days because of sending out letters to the other activists from prison.

Shabani in his letter to the human rights activists refused all the accusations he has been sentenced to, and requested a fair transparent trial.

As well Mohammad Ali Amoori sent out a similar letter before Hashem with the title “Why they want to kill me” and refused all the accusations he has been sentenced to.