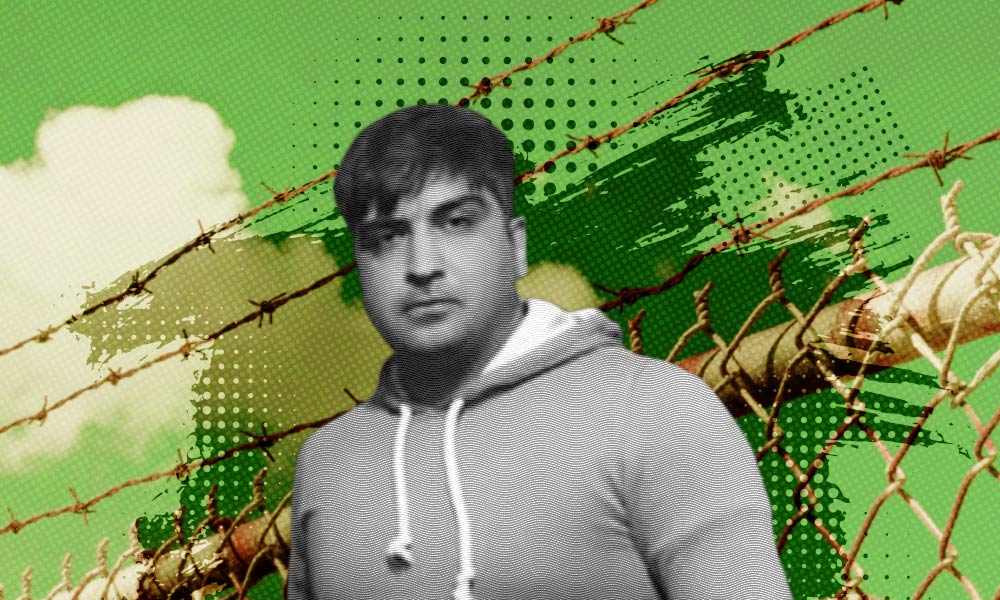 Last Saturday, April 16, 2022, Vahid Bagheri, political prisoner and one of the individuals arrested in the 2019 Iranian protests returned to the Greater Tehran Central Penitentiary after furlough. He had been released on furlough after 19 months of imprisonment. In recent days, his request for early release on probation was rejected.

According to HRANA, the news agency of Human Rights Activists, political Prisoner Vahid Bagheri returned to The Greater Tehran Central Penitentiary after furlough.

Earlier, in an open letter, he wrote “I am the breadwinner of two families. Why should I be in prison  only for attending a protest?”

During the nationwide 2019–2020 Iranian protests known as the Aban Protests, the security forces arrested Bagheri and after a while transferred him from a detention facility to the Greater Tehran Central Penitentiary.

Subsequently, branch 28 of the Revolutionary Court of Tehran sentenced Bagheri to six years in prison on the charge of “propaganda against the regime and assembly and collusion against national security”. Applying article 134 of the Islamic Penal Code, of the two counts, five years in prison for the charge of “assembly and collusion” is enforceable.

Bagheri was not granted furlough to attend his brother’s funeral while in prison.

Vahid Bagheri is 33 years old, married and a father of two children.

In November of 2019, an unprecedented increase in fuel prices sparked a wave of protests in dozens of cities across Iran. According to reports from human rights organizations, hundreds were killed during these protests by the regime forces.