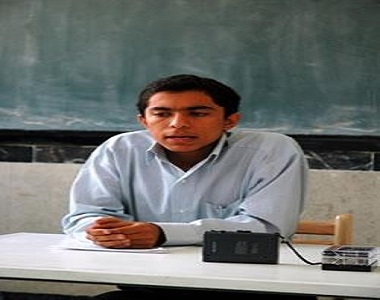 HRANA News Agency – Yashar Darolshafa’s request for a retrial was rejected by the Supreme Court.

According to the report of Human Rights Activists News Agency in Iran (HRANA), a source close to this political prisoner said; in April of this year, the expert (interrogator) in the case of Yashar Darolshafa told him, that he would not allow any reduction on his sentence.

Yashar Darolshafa was arrested in two stages in 2009 by the ministry of Intelligence in November and February, and was kept 54 days, in total, in detention in ward 240 and ward 350.

The leftist student activist and former secretary of the Islamic Reformist Student’s Association of Qazvin International University and graduated in Social Planning and Welfare from Tehran University was sentenced to a total of 7 years imprisonment in August 2010by Branch 15 of Tehran’s Revolutionary Court, presided by Judge Salvati on charges of gathering and collusion, propaganda against the regime and insulting the leadership, and on the appeal court his sentence of imprisonment was reduced to 5 years and 6 months.

Yashar Darolshafa went to ward 350 for serving his sentence, on 5th November 2012, and has been deprived of being sent on leave. So far, he has spent 2 years and 10 months in prison, including detention time.