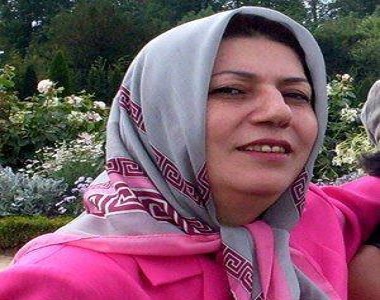 HRANA News Agency – The political prisoner Zahra (Mahboubeh) Mansouri has been summoned to return to Evin Prison.  Mansouri is currently on medical furlough, receiving chemotherapy.
According to a report by Human Rights Activists News Agency (HRANA), Zahra Mansouri, 60, is a political prisoner who was granted furlough to receive chemotherapy for her breast cancer.  She has now been summoned to return to prison.
“Zahra has had three chemotherapy sessions so far,” one of Mansouri’s relatives says.  “But her doctors say she needs at least 6 to 8 sessions. Despite the doctors’ recommendation, the authorities have summoned her back to prison.  This will have no other effect but to bring about her death.”
Mansouri who also suffers from epilepsy began her medical furlough last January after posting a bail approximately equivalent to $200,000.  She was arrested on October 27, 2012 and later sentenced by Judge Pir Abbasi, presiding over the 26th branch of the revolutionary court of Tehran, to 5 years in prison on charge of acting against national security.  This sentence was commuted to 2 years with 3 years suspended due to her health condition.
Her brother, Mohammad Ali (Pirouz) Mansouri, is also sentenced to 17 years and exiled to Rajai Shahr Prison on charge of Enmity with God.

0 thoughts on “Zahra Mansouri has to return to prison”