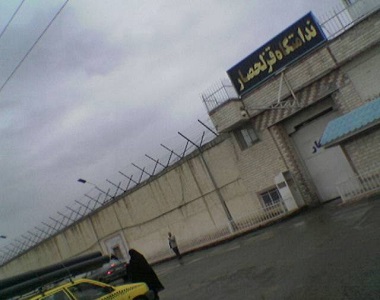 HRANA News Agency – The authorities have transferred 30 of 2100 prisoners who are on hunger strike in Ghezel Hesar prison of Karaj to the solitaries.

According to a report by Human Rights Activists News Agency (HRANA), the prisoners of the halls number 1, 2 and 3 of the section 2 of the Ghezel Hesar Karaj are on hunger strike against the assignment of a former guardian of the prison as the chief of this section, lack of basic facilities and judicial attention to their situation.

One of the prisoners of Ghezel Hesar prison said to HRANA: “They have assigned a person – Moradi – as the chief of this section. He was the officer on duty in March 2010, when there was a big insurgence in the prison. He ordered the guardians to shoot us, 80 prisoners were killed then. We are on the hunger strike against this assignment. Also we want to meet the prison chief and the basic facilities and also judicial attention to our commutation appeals. Not only the prison chief has not accepted to meet the prisoners but also he has ordered to move 30 of popular prisoners to the solitaries.”

Ghezel Hesar prison is a special prison for the prisoners involved in the charges related to drugs and one of the biggest prisons in the whole Middle East. There have been several reports about terrible life condition and behavior of the authorities in this prison.