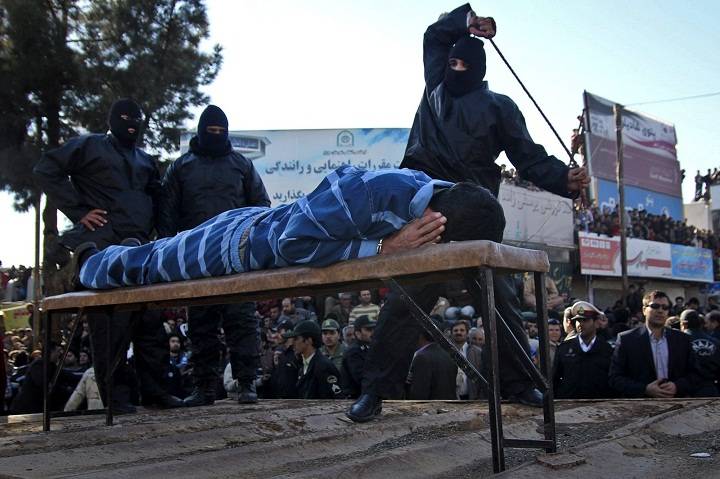 According to HRANA, the news agency of Human Rights Activists, quoting IRNA, Shamsabadi stated that this case is one of the most important economic crimes cases in Sistan and Baluchestan Province.

The 14 defendants were sentenced to a total of 450 lashes, 184 years in prison, fines of Three billion and three hundred and two million Toman (about $132,000,00), and confiscation of property.

Iran is one of the few countries that has continued to use humiliating punishments despite the International Covenant on Civil and Political Rights’ explicit prohibition of the use of inhumane and degrading punishments, including the death penalty and flogging.