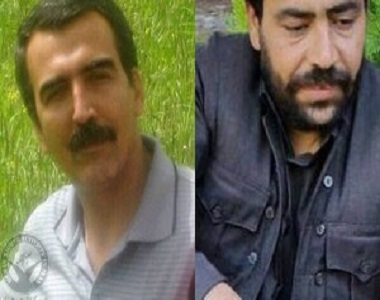 HRANA News Agency – Intelligent service forces raided in a house in Baneh and arrested two brothers with the names of Hossain Daneshmand (41 years old and traditional medicine vendor) and Hasan Daneshmand (43 years old and physician), both residents of Tehran. They were on a trip to spend some time in their mother’s house for the New Year, and there is no information about their faith since then.
According to a report received by Human Rights Activists News Agency (HRANA), on Wednesday April 6, security forces used pepper spray to arrest Hossain Daneshman, to which Hasan Daneshmand due to the presence of some kids in the house.
According to this report, Dr. Hasan Daneshmand is arrested for his complain about the use of sabotage by the security forces in the presence of children, and after more than three weeks, he does not have access to lawyer and has been deprived of visit. Also, his case has not been sent to the court yet.
First reports claimed that Hossain Daneshmand was arrested on charge of cooperation with conflicting Kurdish groups, but it is unknown why Hasan Daneshmand is still under arrest while he just complained about the behavior of the security forces. These two brothers are married and each of them has two daughters.