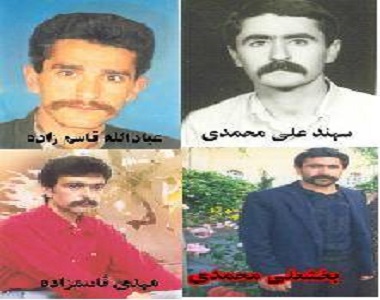 According to the report of Human Rights Activists News Agency (HRANA), these three prisoners of conscience and the followers of Yari ethic Ahl-e-Hagh have been exiled to 2 different prisons in Yazd prison on Monday November 4th.

An informed source told to HRANA: “Sahand Ali Mohammadi has been exiled to Ardakan prison and Bakhsh Ali Mohammadi and Ebadollah Ghasem Zadeh are exiled to Yazd central prison.”

These 3 prisoners had been arrested in a contention with police forces in Oj Tappeh village of Miyandoab in 2004 and were sentenced to death in the revolutionary court on charge of enmity against the God which was reduced in the appeal court.

The contention happened when polices insulted their religious beliefs.

Younes Aghayan, another imprisoned Ahl-E-Hagh is also sentenced to death. The Supreme Court has confirmed the death verdict and there are serious worries about the probability of enforcement of its enforcement.