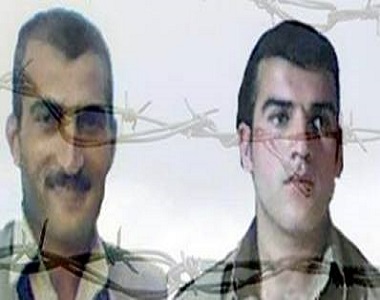 HRANA News Agency – Three political prisoner of central prison of Uremia are still on hunger strike in solitary confinements.
According to the report of Human Rights Activists News Agency (HRANA), Habib Afshari, Ali Afshari and Jafar Afshari, have been transferred to solitary confinements after beginning their hunger strike and are kept in solitary confinement after one week.
Habib and Ali Afshari who are sentenced to death by the Supreme Court have demanded a fair re-trial. The other brother, Jafar Afshari who has been sentenced to 5 years in prison, demanded benefiting from parole or being transferred to the prison of his residence city.
The death sentences of two Kurdish political prisoners, with the name of Ali and Habib (Razgar) Afshari, which was issued by the revolutionary court of Mahabad, on charge of corruption on earth and acts against God’s will, was sent to the Supreme Court and was confirmed again by branch number 31.