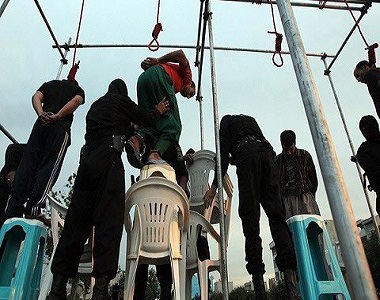 HRANA News Agency – The chief of Markazi province’s justice said 4 prisoners have been hanged in Arak on charge of drug trafficking.

According to a report by Fars, Hekmat Ali Mozaffari said to the journalists: “To prevent drug trafficking, we hanged 4 people who were charged with this, today morning.”

The chief of Markazi province’s justice said: “These 4 prisoners were punished according to the Islamic and judicial rules because of being involved in trafficking and keeping 7 kg. Heroin, Krack and the industrial drug – Shishe.”

He stated: “These people were sentenced to death by the first branch of the revolutionary court of Arak.”