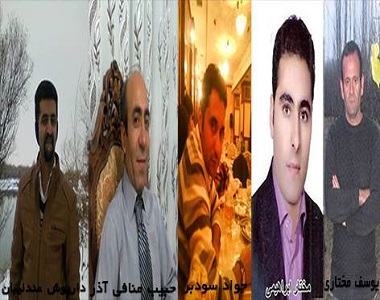 HRANA News Agency – At least five people were arrested for attending the memorial for Khan Ali Motei, on Ghaijili village, territory of Miyandoab.

According to the report of Human Rights Activists News Agency (HRANA), during the memorial ceremony, which was held on Ghaeijili village, a territory of Miyandoab, at least five people were arrested, on Thursday, December 13.

This ceremony was in memorial of Khan Ali Motiei and security and intelligent forces used pepper spray for dispersing people.

An informed source told to HRANA’s reporter: “the number of detainees is more than 10 but we do not have their names yet.”