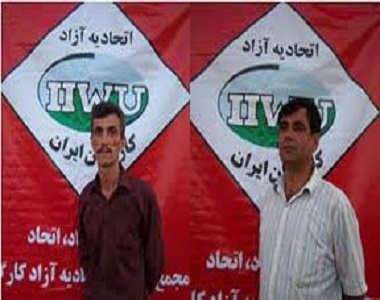 HRANA News Agency – Sharif Saed Panah and Mozaffar Salehnia, the two members of the board of directors of the “Free Union of Iranian Workers” have been sentenced to 6 months of prison charged with “Insulting the Leader.”

According to a report by the “Free Union of Iranian Workers,” the sentence has been sent to their layer by the revolutionary court of Sanandaj.

Sharif Saed Panah and Mozaffar Salehnia were arrested in January 2012 and released after 2 weeks.