HRANA News Agency – 9 political prisoners in Evin, Tabriz and Rajaei Shahr prisons, are on hunger strike since 5 to 30 days ago. The health condition of some of them have been reported to be very bad. From three political prisoners in Tabriz prison, Rasoul Razavi and Morteza Moradpoor have been transferred to Rajaei Shahr prison. Hossain Alimohammadi who is kept still in central prison of Tabriz. In Evin prison, Vahid Sayadi, Arash Sadeghi, Mehdi and Hossain Rajabian and Ali Shariati are on hunger strike. On the other hand, Mohammadali Taheri’ had been in hunger strike since more than a month ago, but there is no information about him since then.
According to the report of Human Rights Activists News Agency (HRANA), Rasoul Razavi, Morteza Moradpoor, Mohammadali Taheri, Vahid Sayadi, Arash Sadeghi, Mehdi and Hossain Rajabian, Hossain Alimohammadali and Ali Shariati, are 9 political prisoners in Tabriz, Rajaei Shahr and Evin prisons, who are on hunger strike for different reasons.
Rasoul Razavi, political prisoner of Tabriz prison, has started his hunger strike since October 3, in protest to the issued sentence and pressure and intervention of security forces on his case. This prisoner has been transferred first to Tabriz prison’s clinic because of severe stomachache, and fatigue. According to the updated news this prisoner has been exiled along with Morteza Moradpoor to Rajaei Shahr prison.
Morteza Moradpoor has started his strike on October 25. He was beaten by prison guard and representative of the ward on November 1st. According to the most recent news Mr. Moradpoor has been exiled to Rajaei Shahr prison, after few days that there was no information about him.
Besides, Hossain Alimohammadi has joined the strike since November 3.
Need to be mentioned, On November 1st, a Polish prisoner in Tabriz prison was insulted, and Hossain Mohammadali and Morteza Moradpoor were beaten by prison authorities because of defending him.
It is said, Hossain Alimohammadi’s head was injured. After this incident, these prisoners were transferred to special ward as a punishment. Mr. Mohammadi was transferred to ward number 12 and started his hunger strike there.
Hossain Alimohammadi, has sued the prison authorities and has demanded the judiciary to address the case.
Arash Sadeghi, civil rights activist who is imprisoned in hall number 10 of ward number 8 of Evin prison, has started his hunger strike since October 24, in protest at arrest of his wife Golrokh Iraei. His blood pressure dropped to 10/8 and he has lost 4.5 kg (from 68 to 63.5). Security and judicial authorities informed in separated visits Mr. Sadeghi and Ms. Iraei, that “until Arash is on hunger strike, they will be banned from visiting each other.” Arash Sadeghi wrote concession and refused receiving the serum.
Vahid Sayadi Nasiri, other political prisoner of Evin prison started his hunger strike on October 16, in protest to being held in limbo, and undecided status of his case for 13 months. Mr. Sayadi was sentenced to 8 years in prison on charges of sacrilege, insulting supreme leader and propaganda against the regime, but after 13 months his appeal court session is yet be held.
Mr. Sayadi has lost 9 kg since the beginning of his strike.
A close source to his family told HRANA, “Vahid was summoned to security office of prison in last few days and was threatened that he would be transferred to Fashafooyeh prison if he would continue his strike, and he had to write that he was not on strike. He has responded that he would continue his strike but signed the paper in order to not to be transferred; but then he took back his signature and wrote that he would continue his strike even if he would be transferred to Fashafooyeh prison”.
Two artist brothers in Evin prison, Mehdi and Hossain Rajabian, who are separated as punishment and being held in ward number 7 and 8 of this prison, are on hunger strike since Friday, October 28. Hossain Rajabian’s blood pressure is fluctuating between 11 and 10 over 8, and Mehdi Rajabian has lost 2 kg of his weight and was transferred to prison clinic for vomiting blood, on November 2. Mehdi Rajabian is currently in medicine strike as well. These brothers refused to receive serum in a written concession.
Rajabian brothers wrote a letter on October 26, and described last month’s hunger strike, deception of a judicial authority, deprivation from having a lawyer, and other violated rights, and requested all the artists around the world, to react peacefully, and not let them down.
A close source to these two artist brothers told RANA’s reporter, “Rajabian family who are concerned about the health condition of them and went to prosecutor’s office, faced the bad behavior of the prosecutor. They were told that Rajabian brothers’ demand was not reasonable, and did not respond. On the other hand, the principal of the prison and head of the ward wanted these brothers to break their strike by threating them.”
Ali Shariati, political activist, was arrested in the municipality when he was doing some routine work, in order to serve his 5 years in prison and was transferred to ward number 8.
A close source to these prisoners told HRANA’s reporter, “These prisoners have to walk 4 floors, which have 145 stairs, in order to have their blood pressures and weights checked and that is something that directly affects their blood pressure and energy.”
Need to be mentioned that ten prisoners in ward number 8 with the names of Saeid Jokar, Arash Majdaei, Ahmad Fazli, Nasrollah Lashani, Navid Kamran, Amir Amirgholi, Payman Mirzaei, Davood Karbalaei, Sabri Hassanpoor and Kooroush Zaeim, published an open letter and supported these prisoners.
Besides, Mr. Alizadeh Tabatabaei, lawyer of Mohammadali Taheri reported the hunger strike of this prisoner about a month ago, but there is no information about his status after that.
Amnesty International in two separate statements on October 26 and October 20, reacted and showed concerns about the lack of information about the status of Mohamadali Taheri, founder of Halghegh theosophy. This organization urged the Iranian authorities to inform the public about his status and release him immediately and unconditionally. 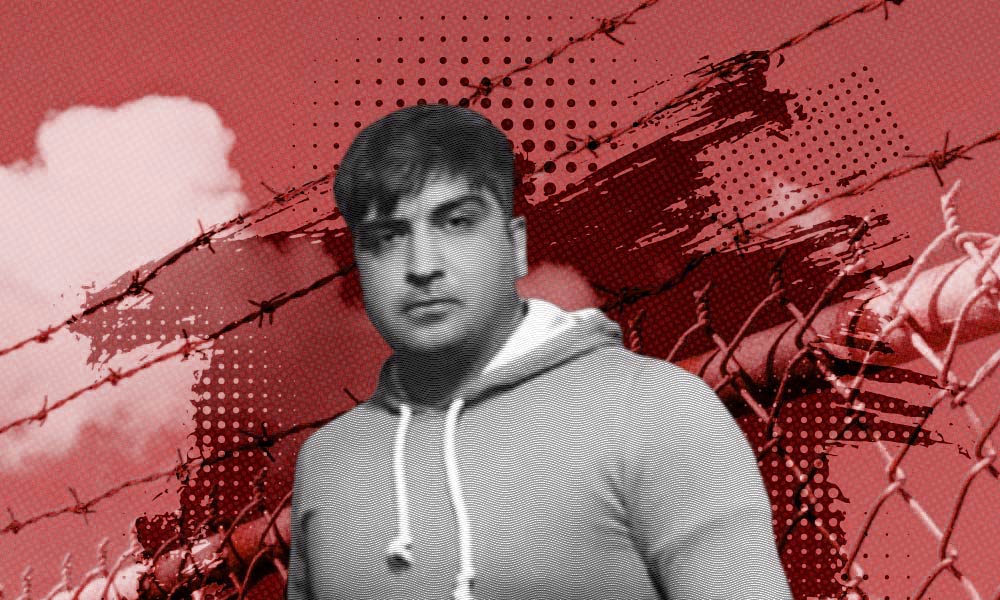