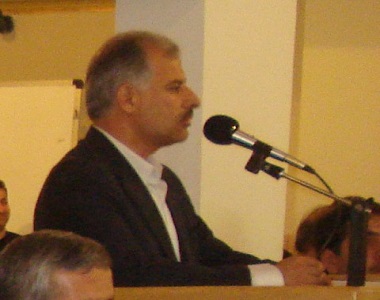 HRANA News Agency – Abdolhamid Moafian, the chief of the coordinating council of reformists in Fars province has been arrested.

According to a report by Jaras, Abdolhamid Moafian, the chief of the coordinating council of reformists in Fars province and the administrator of Ehsan cultural center has been arrested last Wednesday by the intelligence agents.

There is no news about the place he is kept but he is believed in to be in the intelligence of Shiraz known as Number 100. The agents have put pressure on his family not to publish the news.

He is one of the main supporters of Seyyed Mohammad Khatami, the former president, in Fars province and was the deputy director of planning department and the deputy minister of education before.

The pressure on the reformists in the Fars province has grown in recent weeks. Now Jamile Karimi is also under arrest in Number 100 and Masoud Sepehr was under arrest for 4 months there, too.