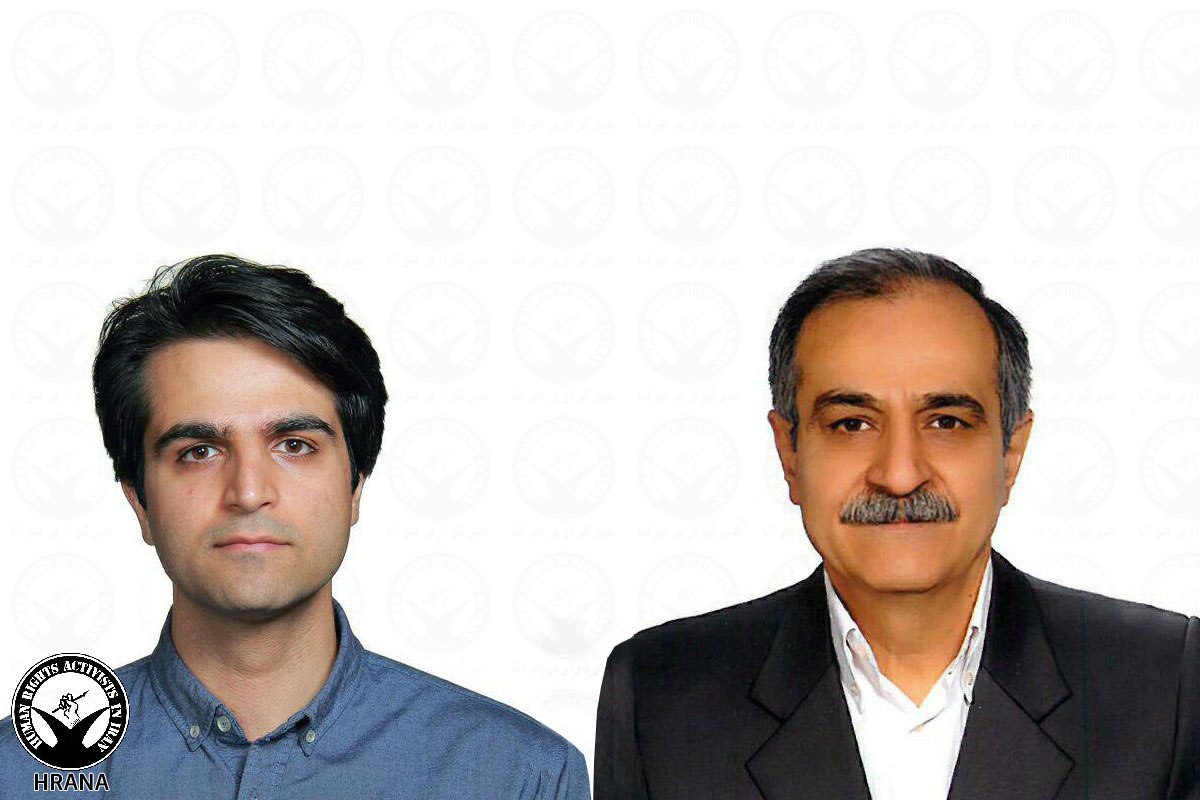 HRANA News Agency – 20 days into the arrest of Dr. Hani Yazarloo and his son Hood Yazarloo, former political prisoners, there is no information on their situation and the reasons of their arrest. Yazarloos were arrested by the Ministry of Intelligence agents in Tehran on July 7, 2019 and were transferred to an unknown location. Dr. Hani Yazarloo is suffering from a heart disease and had been deprived of accessing his medications for 24 hours during his previous detention which endangered his life. The efforts of the Yazarloo family to obtain information about their condition have not yielded any results.

A source close to Yazarloo family told HRANA: “it has been 10 days that Hani and Hood have been arrested and there is yet no information on their situation and the reason of their arrest. Today, the Yazarloo family’s attempt to gain an update on their condition with the Evin Court for the second time was failed. Not only they were not permitted to visit them, but also their request for an appointment with the case investigator was denied.”

This source was concerned about Hani Yazarloo health condition and added that: “Today, efforts to find out about the charges and the reasons for their detention have not yielded results, and officials have still not given a clear answer, claiming that they are temporarily detained for continuation of investigation; while Dr. Yazarloo was denied access to his medications for 24 hours in his previous detention endangering his life.

It should be noted that Dr. Hani Yazarloo and his son Hood Yazarloo, both former political prisoners, were arrested by the agents of the Ministry of Intelligence in Tehran on July 7 and were then transferred to an undisclosed location.  Sometime after their arrest, the father and son (briefly, and separately) could make telephone calls to their place of residence. Dr. Yazarloo confirmed his imprisonment in the Ward 209 of Evin Prison but Hood could not identify his place of detention.

Dr. Hani Yazarloo, is suffering from heart disease and underwent a heart surgery about 15 years ago.  While the transplanted cardiac veins only last for 10 years, he must be under the supervision of a cardiologist so that if necessary, to undergo another open-heart surgery.  Some of his arteries are clogged and he is in serious need of medications regularly. It should be noted that Dr. Hani Yazarloo is a political activist who had been imprisoned several times in the 1970s, ’80s,’ 90s, and 2000s in various prisons.

In his latest detention in the year 2011, he was arrested for attending a ceremony commemorating political prisoners and was released on bail after 55 days of detention in solitary confinement cell.  Dr. Yazarloo was then sentenced by the Branch 26 of Tehran’s Revolutionary Court to one-year imprisonment in exile and fifteen additional years in exile in Iranshahr. This sentenced was appealed and changed to exile and imprisonment in Mashhad.  He was eventually transferred to the Ward 350 of Evin Prison on May 21, 2013, to remain in detention.

On January 18, 2014, en route to the district court of Evin Prison from the Ward 350 of Evin Prison, this political prisoner was instead transferred to Vakil Abad Prison in Mashhad.  Finally, at the end of February 2014, he was released from Vakil Abad Prison in Mashhad finishing his term. Hood Yazarloo was previously arrested by the agents of the Ministry of Intelligence in June 2008 along with his mother, Nazila Dashti.  Mr. Yazarloo, who was studying at the University of Qom, was prevented from continuing his education due to his arrest.  He was released in May 2011 from Rajai Shahr prison in Karaj after about three years of imprisonment under the charge of “action against the national security”.

After Hood’s release, Nazila Dashti, who was herself a political prisoner in the 80’s, was released from Evin prison in mid-April 2012, serving about three years in prison. Hamed Yazarloo, another member of this four-member family, was sentenced to three years in prison in Evin prison under charges of “acting against the national security” from March 2009 to February 2012.  Hamed Yazarloo was a so-called star student (a student who is partially or completely banned from education). He was denied entry into a Ph.D. program for two consecutive years by the Ministry of Science despite being accepted after the interview for entering.