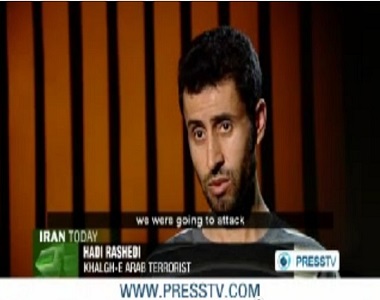 HRANA News Agency – Hadi Rashedi, one of the five Arab prisoners sentenced to death, has been transferred to an unknown location.

According to a report by Human Rights Activists News Agency (HRANA), Hadi Rashedi the chemistry teacher who has master of applied chemistry and one of the five Ahwazi Arabs sentenced to death by Ahwaz revolutionary court, has been transferred to an unknown location.

A source who wanted to remain anonymous told HRANA “When Hadi Rashedi who is suffering from heart disease going to be transferred, told his cellmates that he will start hunger strike from that moment and please spread my voice and Hashem Sha’bani in all over the world.”

“Hashem Sha’bani Nezhad is the other Ahwazi Arab citizen who has been sentenced to death and has been transferred to unknown location since one month ago and since that time there is no news about his condition”, The source continued.

These two Ahwazi Arab political prisoners with Mohammad Ali Amoorinezhad, Seyyed Jaber Alboshokeh and Mokhtar Alboshokeh were sentenced to death on charge of enmity against God, propagating against the regime and acting against the national security.