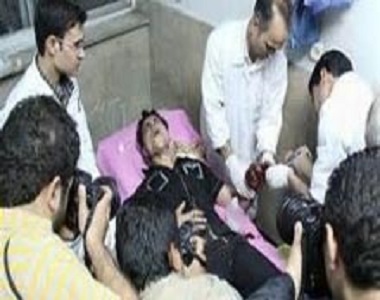 HRANA News Agency – A young worker’s arm has been amputated while working with the washing machine.

According to a report by IRIB, Ablofazl Teymouri, the administrator of the Mashhad fire station said: “The un-experienced 18 years old worker had been getting the blanket out of the washing machine without turning it off and using the breaks. The machine has begun working and amputated his arm from the shoulder.”

“The amputated arm was kept in the ice to be grafted afterwards. And the worker and his arm was transferred to the hospital when the rescuers arrived there.” He continued.

Tabatabai, one of the authorities of the Imam Reza Hospital of Mashhad said: “Although the operation team tried hard the operation was not successful since the arm was wounded hardly.”