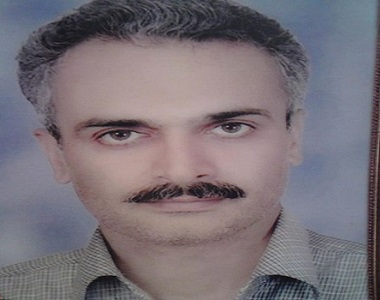 HRANA News Agency – Abdolreza Ghanbari – the university lecturer – who was imprisoned in ward 350 in Evin prison was exiled to Borazjan prison on Sunday morning. He went on hunger strike in protest to his exile.

According to the report of Human Rights Activists News Agency (HRANA), Abdolreza Ghanbari was sent to Borazjan prison while he was on strike in protest to this exile.

Abdolreza Ghanbari announced his strike in a letter which is as follow:

This sentence of exile is based on article 186 of the penal code which has been changed now and therefore, it cannot be legal according to new law. I proclaim going on a hunger strike from today (Sunday December 8) hoping that after 4 years living with the fear of execution, my cry for help will be be heard by somebody. At the moment, there is no such an article in the current penal code of the Islamic Republic of Iran and I cannot be imprisoned in exile and also my family members will be accordingly affected by this unjust verdict which is again against the law of personalisation of penalties, as it is likely that they are being exiled as well.

May Iran have a future of freedom, away from all these illegality and transgressions especially by law enforcers…

The Son of Iran- Abdolreza Ghanbari