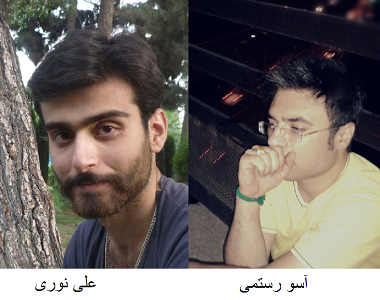 HRANA News Agency – Ali Noori, children’s rights activist, was released from general ward 8 of Evin prison, on bail.
According to the report of Human Rights Activists News Agency (HRANA), Ali Noori, last semester student of Architecture, photographer, social activist and children’s rights active, was arrested on Wednesday 8th October, after attending the rally to support Koobani in front of the United Nations office in Iran.
He was transferred to ward 2A of IRGC, right after the arrest and after being interrogated and held in solitary confinement for long time, was transferred to general ward 8, where is allocated to financial crime prisoners.
24th January 2015 had been determined by Judge Salavati for his trial that was postponed to 3rd February on his family’s request.
An informed source in this regard, told HRANA’s reporter: “Ali Noori was released temporarily, couple of days ago, on the bail of 50 million Tomans.”
On the other hand, by the time of this report, Judge Moghiseh has not agreed to temporarily release Atena Daemi, other civil activist, and she is held in inappropriate condition of Gharchak prison. Also, Aso Rostami, another civil activist, who was arrested along with Ali Noori and Omid Alishenas, is still held in suspended condition.