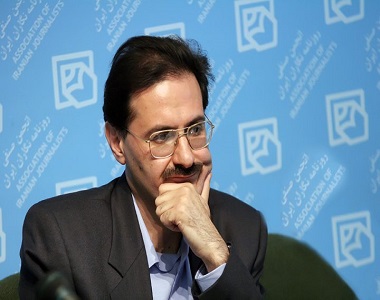 HRANA News Agency – Alireza Rajaei, political prisoner, has been released by the end of his sentence.
According to the report of Human Rights Activists News Agency (HRANA), Alireja Rajaei, journalist and one of the Nationalist-Religious activists, has been released from ward 350 of Evin prison after serving 4 and a half years.
Mr. Rajaei is the board member of the Association of Iranian Journalists, and the manager of Gam-e-No publisher, who was arrested on April 24n 2011, and sentenced to 4 years in prison.
He was previously arrested in winter 2002, and sentenced to prohibition from all social activities, and three years in prison.
The wife of this prisoner has departed the country due to the pressures.
Alireza Rajaei born on October 20, 1962, and PhD of political science from Tehran university, was the editor of political board of Jameie, Toos and Neshat newspapers.
He was elected in Tehran as MP as the candidate of National-Religious party, but after revocation of 700000 vote by the Guardian Council he failed to go to thr parliament and Gholamali Haddad Adel got the seat.