HRANA News Agency – Alireza Rajaei, political prisoner, has been released by the end of his sentence.
According to the report of Human Rights Activists News Agency (HRANA), Alireja Rajaei, journalist and one of the Nationalist-Religious activists, has been released from ward 350 of Evin prison after serving 4 and a half years. END_OF_DOCUMENT_TOKEN_TO_BE_REPLACED 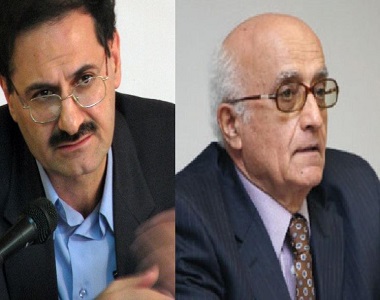 HRANA News Agency – Alireza Rajaei and Ali Rashidi, two political prisoners of Evin prison have been sent to furlough.
According to the report of Human Rights Activists News Agency (HRANA), Alireza Rajaei, nationalist-religious activist, who is serving his sentence in ward 350 of Evin prison was sent to furlough. END_OF_DOCUMENT_TOKEN_TO_BE_REPLACED

HRANA News Agency – Judicial authorities rejected the request of seventy political and security prisoners, imprisoned in Evin prison to be released earlier.
According to the report of Human Rights Activists News Agency (HRANA), a large number of prisoners in Evin prison, including 13 prisoners of ward 350, were imparted that their conditional release requests have been rejected. END_OF_DOCUMENT_TOKEN_TO_BE_REPLACED