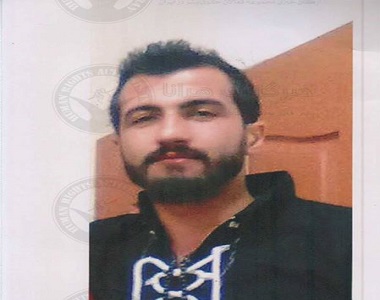 HRANA News Agency – Alireza Rasouli’s condition, political prisoner of Mahabad prison, is reported critical on his 18th day of hunger strike.
According to the report of Human Rights Activists News Agency (HRANA), this political prisoner, who has started his hunger strike in protest to medical negligence and not being transferred to hospital despite his serious illness, after being sent to solitary confinement is avoiding drinking too and was transferred to clinic after the sudden blood pressure drop.
One of HRANA’s sources said “Alireza is suffering from an unknown destruction of bone tissues that is advancing to other parts of his body. The prison clinic, after studding the result of MRI examination, has stated that they were surprised that he still could walk on his feet. As a person who lived with him closely, I would say his spirit is the only thing that kept him alive”.
Alireza Rasouli was interrogated for three hours by intelligence service of Mahabad, on Tuesday June 9, on his 11th day of hunger strike.
His and his family’s repetitive requests for transfer to hospital are rejected and this prisoner started his hunger strike on Saturday May 30.
The prison authorities not only rejected his requests but also refused to receive and hand on allowed stuffs like blanket and medical shoes to this prisoner. The head of the prison clearly stated that he must break his hunger strike to be transferred to a hospital.
According to HRANA’s sources, this political prisoner who is suffering from serious diseases like lung infection, knee problems and an advancing type of bone deterioration, after serving more than 2.5 years, has not received medical furlough.
Alireza Rasouli was arrested following attending in peaceful protests by intelligence service of Mahabad and then transferred to Mahabad prison. He was tried in branch number one of the revolutionary court, on charge of propaganda against the regime by colluding and being a member of PEJAK. He plead not guilty on PEJAK membership charge, but for the rest of the charges received 3.5 years in prison sentence, which was confirmed by appeal court.
This political prisoner was exiled to Uremia prison on March 8, 2014, and again transferred to Mahabad prison on April 2014.