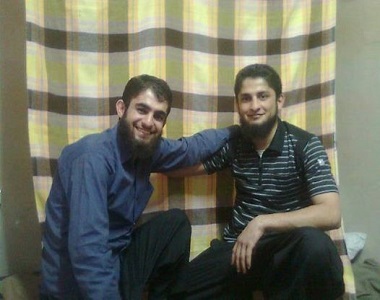 HRANA News Agency – Bahram Ahmadi and 5 other Sunni prisoners were executed on December 28, 2011. His brother, Shahram Ahmadi who is now in Evin prison is also sentenced to death.

The following text is these 2 prisoners’ mother’s letter, asking the authorities not to execute Shahram:

A request from the suffering mother of Shahram Ahmadi, to the Iranian authorities.

I am a heartbroken mother, from years of waiting for my children to return home, my eyes fixed on the door.

My oldest son, Shahram, spent 33 months in solitary confinement, and Bahram was imprisoned for 20 months in a single cell without any facilities. After about 20 months Bahram had his court appearance, without being able to have a lawyer and defending himself, the court sentenced him to death. And Shahram, after 43 months of uncertainty, was also sentenced to death.

My little boy, Bahram, who was only 17 when he was arrested, was kept for three years in detention centers and prison. On 27 December 2012 he was executed. They did not even return his dead body to us.

My husband and sons, due to my illness and old age, did not tell me that Bahram had been executed, and I also had no news about the world. On 3 July 2013, I went to visit my sons, and I only saw Shahram in the visiting-room. I asked him where Bahram was.

But he said they only approved a meeting with me. I said to one of the officers there that I have traveled 600 kilometers from Sanandaj to come here, why couldn’t I see my other child. The officer asked me what his name was, and I said Bahram Ahmadi. He replied, “don’t you know he was executed six months ago?”

After this moment I do not remember anything else, because I fell unconscious. My children took me to hospital, and when I woke up 5 months had passed. They told me that after being discharged from the hospital, the car that we were in had crashed, and in this accident I lost one of my eyes, and half of my body was paralyzed.

After the day that I saw my son, I have not been able to see him or talk to him, because they took him to Evin prison, and there is no telephone there, nor can I go for a meeting. In the last few days, we received the news that my son Shahram’s case has been sent to branch 28 Supreme court for a final decision. I am asking you, at the very least, do not let this child of mine be executed.

This letter shows [only] a part of the pain my family is experiencing.

To Mr Khameini, Rouhani, Larijani, Rafsanjani and Younesi, each of these people who have a responsibility, I ask them not to execute my son Shahram, like they [executed] Bahram.

To all those who work and make efforts to defend the oppressed, I ask them to also work for the release of my son Shahram, and to pray for good.

From the mother who is grieving for Bahram Ahmadi, and waiting for Shahram Ahmadi.