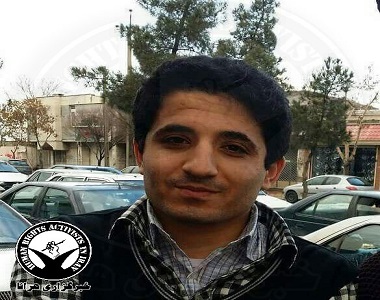 HRANA News Agency – Amanaj Weisi, juvenile offender who was arrested on charge of murder when was 15 years old and sentenced to death, was finally saved from execution after 11 years in jail and legal struggle by the help of his lawyer and Supreme Court’s verdict, and sentenced to 3 years imprisonment.

According to the report of Human Rights Activists News Agency (HRANA), Amanaj Weisi, born in 1991, was arrested on charge of murder of his cousin when was 15 years old and sentenced to death. He spent 11 years waiting for the execution in prison.

However, the Supreme Court has issued the verdict in favor of the juvenile offender after a long time, by the effort of Farshad Mohammadi, his lawyer.

The Supreme Court refused Mr. Weisi’s death sentence after 11 years and instead sentenced him to 3 years in prison and paying the blood money to the victim’s parents.

Farshad Mohammadi, lawyer of Amanaj Weisi, stated in a conversation with HRANA: “Fortunately, sentence of innocence of Amanaj on the charge of “murder” was issued, and it was stated in the verdict that he was sentenced to paying the blood money of a Muslim man as well as three years imprisonment including detention instead of death. According to the verdict, considering that Amanaj has been in jail for over a period of eleven years, it has been around seven years longer than his sentence, that have caused significant academic, emotional, and psychological distress, as well as career damage against him. Though we have to take this verdict as a good news and consider it as Bobby conquest for juveniles, the verdict is a very good sentence and has been issued on the basis of legal and technical points of view.”

He added: “We are expecting that these twenty days of appeal will be ruled out because the ruling now has the ability to appeal, if the parents do not object to this issue, Amanaj can be released by paying the blood money. Of course, recently, the court has issued a bail of 50 billion IRR for him, that we have objected and have requested the rebate from the second branch of criminal court one and our argument is that the bail does not correspond to the condition of Amanaj because he is sentenced to 3 years in prison, while he has been eleven years in prison, on the other hand he has been sentenced to pay the blood money of a Muslim man, which is about 210 to 215 million. If this bail would be reduced, he can be released on the bail.”

Mr. Mohammadi emphasized: “Fortunately, the situation that was happened for Amanaj was expected by us, and it was not unpredictable, although he was abused in his previous proceedings. For example, the issues of Amanaj’s age was not taken into consideration by judges and prosecutors so this was equal to more than a year’s imprisonment for him. My client suffered a lot in mental, occupational, and educational disadvantages during this period, and failed to complete his college degree.”