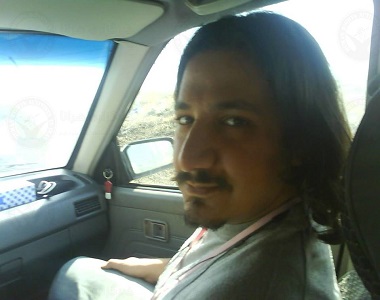 HRANA News Agency – The trial of Amir Amirgholi, has been postponed to 23rd May.
According to the report of Human Rights Activists News Agency in Iran (HRANA), this civil activist’s trial had been supposed to late April, but because his solicitor was not allowed to study his case, the hearing was postponed until 23rd May.
This former student activist, after five months of his detention, is still held in detention in Rajai Shahr prison and branch 28 of Tehran’s Revolutionary Court, presided by Judge Salvati has refused to convert the order from detention to “freedom on bail” for unknown reasons.
Amir Amirgholi was arrested on 1st December 2014, on charges of acting against national security, propaganda against the regime, blasphemy and insulting the leadership and was sent to solitary confinement in Evin prison. After he was notified of his charges, he was transferred to ward 8 of Evin prison and then to Rajai Shahr prison.
An informed source, regarding his allegations, told HRANA’s reporter, “The allegation of propaganda against the regime and acting against national security are because he participated at a gathering to support Kubani and blasphemy and insulting the leadership allegations are because of what he posted on his personal Facebook page.”
It is to say that, Amir Amirgholi was leftwing student activist, who was arrested earlier in 2008 and subsequently expelled from the university.