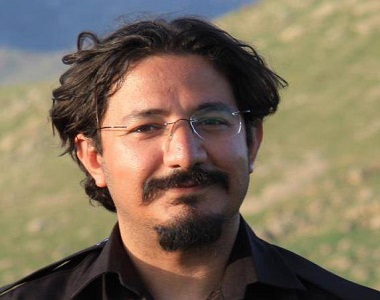 HRANA News Agency – The physical condition of former student activist and political prisoner in Evin prison, Amir Amirgholi, who is on the 12th day of hunger strike to protest against his conditions, has been reported dwindling.
According to the report of Human Rights Activists News Agency in Iran (HRANA), Amir Amirgholi, leftist activist and political prisoner in ward eight of Evin prison, has gone on hunger strike to protest his conditions in the prison, since Saturday 9th April this year.
A family member of Amirgholi told HRANA’s reporter: “With the continued hunger strike, Amir’s physical condition has been undermined and authorities still have not taken any action on his demands.”
Amir Amirgholi, former student activist and political prisoner in ward eight of Evin prison, was sentenced to 21 years imprisonment by branch 15 of the revolutionary court presided over by judge Salvati on charges of “blasphemy”, “insulting the Supreme Leader”, “gathering and colluding to act against national security”, “disturbing public order by participating in gatherings” and “propaganda against the regime”. In accordance with the Article 134 of the Penal Code and the aggregation of crime, the maximum sentence can be up to seven years and a half. His Appeal Court Branch has not be determined yet.
Mr. Amirgholi, this political prisoner’s father, in a conversation with HRANA reporter had said: “Amir is held in ward eight of Evin prison where most prisoners are foreigners. He has requested to be transferred from this ward based on the principle of separation of offenses, due to inappropriate health and hygiene condition and be in danger by living in the ward with prisoners who suffer from infection diseases such HIV and Hepatitis, but despite repeated requests and hunger strike, no action has been taken.”