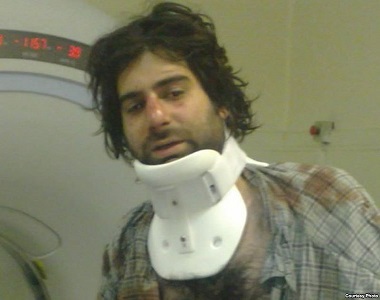 HRANA News Agency – Mohammad Saleh Nikbakht the lawyer of Amir Javadifar’s family said “The father of decedent Javadifar in a conversation with Mortazavi declared that he has no complaint on him about collaboration in murder.”

According to a report of ISNA Mohammad Saleh Nikbakht the lawyer of Javadifar’s family among the reporters and at the same time of Kahrizak trial declared this news and said “Declaring the forgiveness is merely about the collaboration in murder by Saied Mortazavi and the other accusations of Mr. Mortazavi and the others which has public plaintiff is in process.”

Mr. Nikbakht said that he did not know about the forgiveness decision by his client.

Reporters asked Mr. Nikbakht about the reason and intention of the forgiveness, whether threatening or lure is involved? ?And he answered: “I do not know.”

The lawyer of one of the Kahrizak victims in response to the question of the reporters about introducing 20 witnesses by Heidarifar to the court, answered “20 witnesses were not been introduced, but Mr. Mortazavi asked a number of witnesses that the court refused.”

“In the trial session Mr. Mortazavi talked and I do not think that this will be the last session of the trial”, he continued.