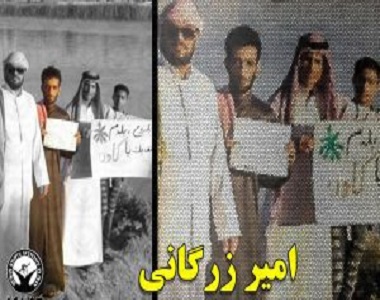 HRANA News Agency – The Intelligence Office in Ahvaz arrested an Arab citizen of Ahvaz for unknown reasons and transferred him to their detention centre.
According to the report of Human Rights Activists News Agency in Iran (HRANA), Amir Zargani, 23, from Zargan area in the north of Ahvaz city, was arrested in his workplace by the Intelligence Agents and was taken to an unknown location, at 11am, on February 6, 2017.
Amir Zargani has a carpentry workshop in the region of Zergan, which was surrounded in the morning of February 6, by 5 cars belonging to the security forces and the agents arrested him.
According to local sources, the Ministry of Intelligence forces arrested Amir Zergani, and took his mobile phone as well as his workers’ phones and the CCTV of the workshop, with them.
Amir Zargani had participated in setting up a human chain to protest against pumping away the water from Karoun river.