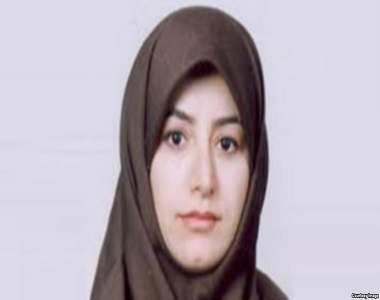 HRANA News Agency – Leila Haghighatjo, sister of Fatemeh Haghighatjo, Member of Parliament in the sixth session from Tehran, after being held in ward 209 of Evin prison for 42 days, was transferred to the women’s ward of this prison.

According to the report of Human Rights Activists News Agency in Iran (HRANA), Leila Haghighatjo was arrested at her home by the Intelligence Agents on December 19, 2016, and was transferred to ward 209 of Evin prison.

Ms. Haghighatjo was transferred to the women’s ward of Evin prison, after 42 days being held in solitary confinement under interrogation, on January 29, 2017.

She was transferred and is held in this ward, while a close source to her told HRANA’s reporter: “There is no information regarding the reason of her arrest and possible accusations.”

Earlier, Banafsheh Khani, Leila Haghighatjo’s mother, had confirmed her arrest by a letter and demanded her release.

Mrs. Khani had mentioned in her letter that; “It is not clear which organization and on which accusation she was arrested”.

Leila Haghighatjo’s mother had said that her daughter has had couple of phone calls with her husband, but she was not allowed to talk about the reason of her arrest, her condition and the place of her detention.