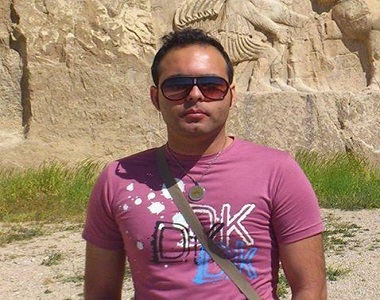 HRANA News Agency – Branch number 15 of the revolutionary court sentenced Arash Moghadam Aslanpoor to a year in prison because of a case that was opened after the riot of security forces to ward number 350 in April 2014. He was already sentenced to 8 years in prison.
According to Human Rights Activists News Agency (HRANA), Arash Moghadam Aslanpoor attended his trial in branch number 15 of the revolutionary court with chief judge Salavati, on Monday December 29. He has been sentenced to another year in prison.
This case was opened after the riot of the security forces to ward 350 of Evin prison in April 2014.
Arash Moghadam Aslanpoor was previously sentenced to 8 years in prison on charge of insulting the supreme leader and propaganda against the regime and now has to serve 9 years in prison for his sentences.
Need to be mentioned, in the riot committed by IRGC forces, intelligent ministry agents and more than 100 official prison guards, the prisoners of ward 350 of Evin were beaten by baton and consequently, more than 30 prisoners were injured and at least four political prisoners were sent to hospital outside of the prison for medical treatment.