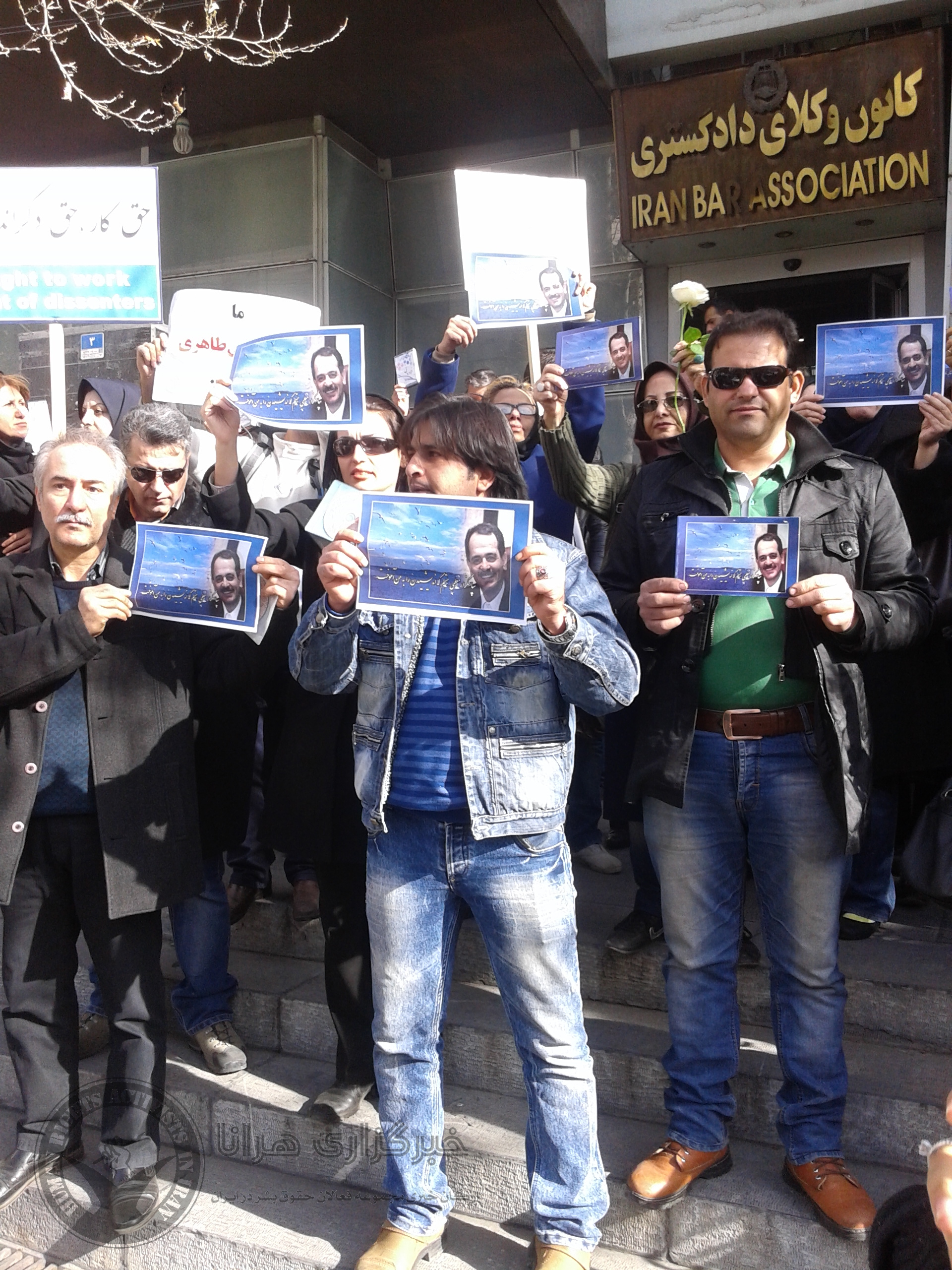 HRANA News Agency – The peaceful protest of Erfane Halgheh (Interuniversalism Mysticism) followers was stopped after Police intervened and prevented the gathering. Protestors then moved to the Iran Bar Association and joined Nasrin Sotoudeh in her strike.

According to the report of Human Rights Activists News Agency in Iran (HRANA), Mohammad Ali Taheri’s students who planned to attend a peaceful protest this morning 03 January, in front of Evin Prison to show their support for Mohammad Ali Taheri (a Conscious Prisoner in Iran), encountered security forces on the gathering location.

One of the participants in the rally told HRANA’s reporter: “we encountered large security forces presence that prevented any form of gathering when we arrived in front of the prison. Security forces in plain clothes and uniforms were pre-arranged at the location and by creating search barriers and stopping the flow of traffic attempted to prevent the gathering and many of them were taking photos and filming people in the rally.”

He also added: “about 50 of us managed to get together for about 30 minutes in spite of these attempts, while holding up the photos and signs about Mr Mohammad Ali Taheri in silence. Then security forces confiscated the photos and hand writings and scattered the protestors. Those present then moved to the front of Iran Bar Association and joined Ms Nasrin Sotoudeh. We again created photos and signs about Mohammad Ali Taheri and stayed there until 12:00 pm holding up the signs.”

This well informed source told HRANA reporter: “some of the people participating in the protest have travelled from Isfahan and Tabriz to attend the rally.”

It is important to mention that according to the media’s close to security forces, Mr Taheri has recently been sentenced to 6 year imprisonment. Back in 2011, Islamic Revolutionary Court sentenced Mohammad Ali Taheri to 5 years imprisonment, paying fine and 72 lashes based on the charges of touching female patients and interfering in the Medicine and blasphemy.  Mr Taheri has been arrested several times and the last time was on 4 May 2011.