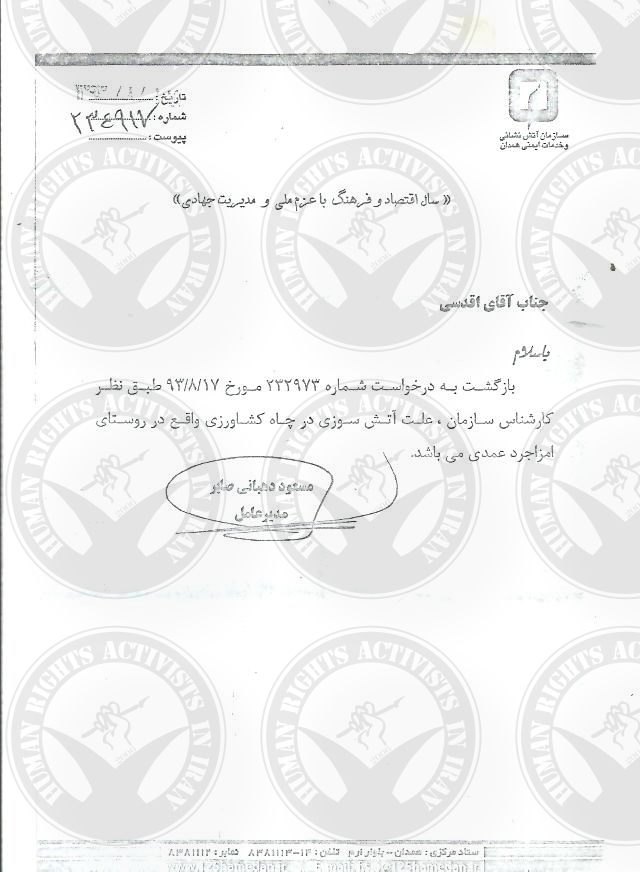 HRANA News Agency – On November 3, which coincided with the day of Ashura on Muharram 10, a mob gathered at a cottage belonging to the Hemmati family in the mountain village of Auj Tappeh, which lies to the south of Qazvin.

According to the report of Human Rights Activists News Agency (HRANA), the cottage is used only seasonally, in relation to agricultural activities.

The mob broke the windows, and spread oil on a balcony and in the yard, and set fire to the house, destroying it. When the fire had died down, they wrote anti-Bahai slogans on the walls and departed.

On November 7, in the small town of Amzajerd, which lies about 20km north of the city of Hamedan, and well south of Auj Tappeh, a house and agricultural buildings belonging to the Aqdasi family were destroyed by arson.

Many possessions, furnishing, and documents were destroyed, along with agricultural materials and some cash. A report by the fire and security services has found that the fire was caused by aarson. The family were in Hamadan city at the time of the fire.