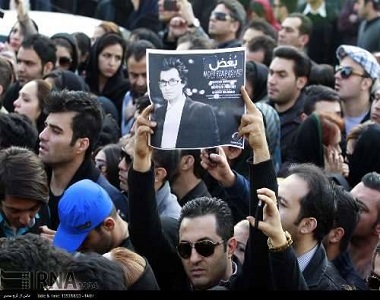 According to the report of Human Rights Activists News Agency (HRANA), following the death of Morteza Pashai, young Iranian singer, musician and composer, spontaneous gatherings by supporters of the deceased were held in cities across the country. In these street demonstrations people sang the death artist’s songs holding lit kindles in their hands.

According to eyewitnesses, in some cases, such as Hashemieh streets in Mashhad, the rally turned violent and police arrested a number of citizens. The number of detainees and their conditions are not known until the time of drafting this report.