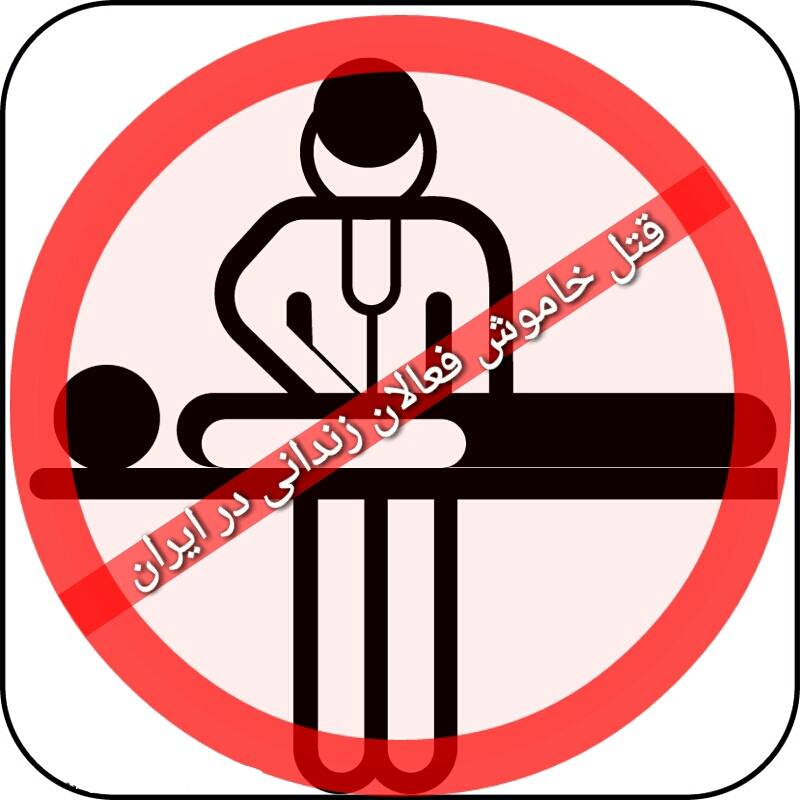 The execution is not the only way that Iranian government uses to remove its opponents. “Banned to be sent to hospital” is their secondary and more commonly used way for imprisoned political and civil rights activists by its judiciary system, with less cost in the international aspects, in that, even these kind of news are mostly being ignored by human rights organizations in translation, due to their secondary priority.

A solid example of this silent murdering by Iranian judiciary system was imprisoned labor activist, Afshin Osanlou who died in Rajaie Shahr prison in June 2013. “The nurses told us that he was brought to the hospital at around 8 PM on Thursday but he had passed away hours before that. They said my brother could not even have died on the way to hospital and he must have passed away long before that.” His sister, Fereshteh Osanlou, told in an interview.

But, it was not the end and the silent murdering by Iranian regime continues. Just read the following reports I have monitored only in the recent days:

* 86 years old political prisoner, Hassan Fattah who suffers blood cancer is being held in prison in spite that “the lack of imprisonment tolerance” has been issued for him, since one year ago. He is even banned to be sent to hospital.

*Imprisoned Human Rights activist, Narges Mohammadi who suffers neurological paralysis, in spite of the requests by physicians, is still banned to be sent to hospital.

*Afshin Baymani, political prisoner who was sentenced to death and after six years in prison his sentence became life sentence, suffers severe heart disease but until now he is banned for furlough or being sent to hospital. He is serving his 16th year of imprisonment.

*Political prisoner, Saeed Razavi Faghih who suffers heart disease was not sent to hospital by prison authorities with the excuse of weekend holidays.

*Imprisoned activist, Asou Rostami had a partial brain strike, but was not transferred to hospital.

*Imprisoned activist, Saeed Hosseinzadeh Movahed was sentenced to seven year in prison in appeal court. He suffers respiratory disease, arthritis and digestive problems and just once was sent to hospital.

*Imprisoned activist, Atena Daemi who has the symptoms of MS and breast cancer and her gums and jaw are infected, is banned to be sent to hospital. She is sentenced to 14 year in prison.

As an Iranian human rights activist, I monitor several reports like these, every day. It’s necessary to put pressure on Iran’s government to improve the conditions for all of its prisoners and urgently for its political prisoners and prisoners of conscience. Otherwise, the silent murdering method by Iranian judiciary system will take more lives.