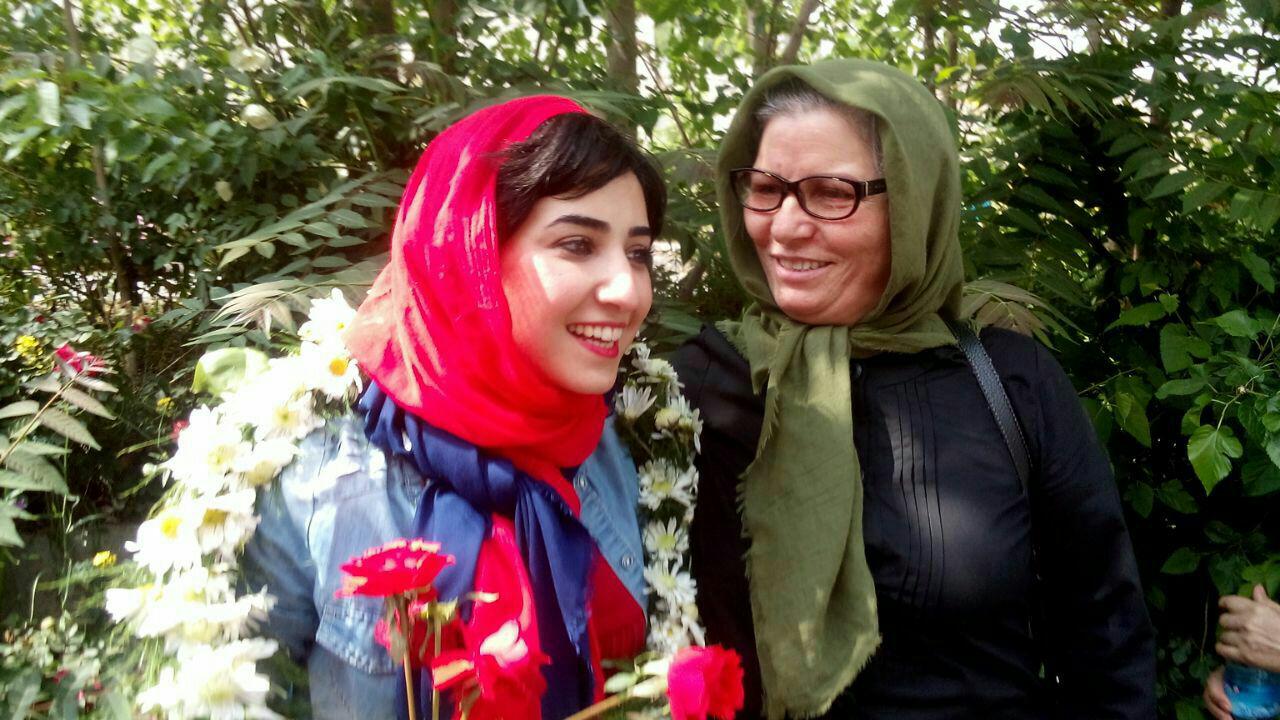 HRANA News Agency – Atena Farghadani, cartoonist and activist, was released from Evin prison on May 3, 2016.

According to the report of Human Rights Activists News Agency in Iran (HRANA), Mohammad Moghimi, her lawyer said during the announcement of the news that Atena Farghadani was released from Evin prison by the end of her sentence on May 3, 2016.

HRANA had reported earlier that the sentence of 12 years and 9 months of the imprisoned artist, Atena Faraghdani, was dropped by branch number 54 of the appeal court of Tehran, and she was sentenced to 18 months in prison, on charge of propaganda against the regime. With the consideration of her detention time and imprisonment period, her sentence would had been fully served on May 11, and she was expected to be released from Evin prison.

Also Mohammad Moghimi, lawyer of this Iranian artist and student publicized this news and said, “According to the verdict which has been issued by branch number 54 of the appeal court, my client was plead not guilty of collusion against the national security, for insulting the supreme leader, the 3 years prison sentence was suspended and conditioned for 4 years, for insulting the president and parliament members and prison officials of ward 2-A she received fines, and finally the 18 months in prison sentence for propaganda against the regime was confirmed”.

Mohammad Moghimi, human rights specialist and grade-one lawyer, also emphasized, “Because the imprisonment of my client, Ms. Faraghdani will be finished on May 11, we are expecting her freedom soon”.

Atena Faraghdani, after two months from her imprisonment in ward 2-A which is controlled by the IRGC, publicized that her critical drawings were the main subject during her interrogations.

UN-Secretary General mentioned Ms. Faraghdani’s case in his last report and criticized Iranian judicial officials about taking forced virginity test, for a new case that was fabricated for her.