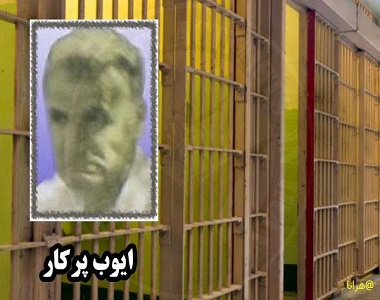 HRANA News Agency – Ayoub Porkar, political prisoner who had been exiled to Karoon prison, was transferred to a prison outside of city after Karoon prison was closed.
According to the report of Human Rights Activists News Agency (HRANA), Ayoub Porkar, political prisoner, who had been exiled to Karoon prison, was transferred to a new prison outside of the city and close to Shooshtar, after Karoon prison was closed. This prison, which is famous with the name of Kanoon prison of Shooshtar, is not registered in the list of prisons in the prison bureau of Khouzestan province.
It is reported that this prisoner is in a bad condition regarding the accommodation inside the prison. Transferred prisoners are suffering from new types of limitations.
This 53-year-old political prisoner is currently suffering from eating problems due to using dentures and not having access to dentist during the past 7 years.
Ayoub Porkar had been previously sentenced to death on charge of cooperation with MEK in branch number 26 of the revolutionary court. This sentence was reduced to 20 years in prison in branch number 36 of the appeal court, and he was transferred to ward number 350 of Evin prison in Tehran after the issuance of the verdict. Then he was transferred to Behbahan and Karoon prisons. He is now serving his sentence in New Shooshtar prison.
Ayoub Porkar who was arrested in December 2008, has not received any furlough since then while contacting the family is very hard in exile condition.
Nasrin Sotoodeh, who was his lawyer during his trial, stated once that his belief had been the base for the sentence, and the verdict was shocking.