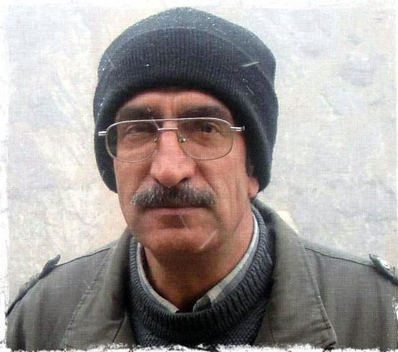 According to a report by Human Rights Activists News Agency (HRANA), on Saturday, June 22, 2013, Pourshjari’s blood pressure declined drastically, and he was suffering from severe dizziness.  Consequently, his cell-mates took him to the prison clinic where the doctor gave him a shot and refused to explain what type of medication was prescribed.
“My father called home and told us if he dies, we must ask for an autopsy,” Mitra Pourshjari, the prisoner’s daughter, said.  “He didn’t know the name of the medication.  They didn’t tell him what type of shot it was.”
A year ago, Pourshjari suffered a heart attack and had an angiography in the prison clinic.  Despite repeated requests from Pourshjari and his family, prison officials have refused to grant him a medical furlough or allow him to seek medical care outside the prison.
Pourshjari, 51, is a blogger who was arrested in his house on Sept. 12, 2010.  He was then locked up in solitary confinement where he was kept and tortured for seven months.  After enduring endless interrogations and tortures, his health declined rapidly.   Pourshjari now suffers from a number of illnesses including heart problems, poor eye-sight, spinal disc herniation, kidney problems, stomach aches and malnutrition.