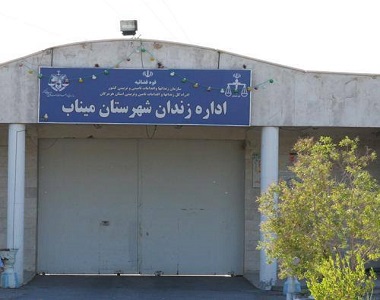 HRANA News Agency – In Minab prison besides the inhumane conditions, there is a strange punishment for prisoners which is called by the authorities “Pa ziyarat” means “pilgrimage”. They say that it could “Heal” the prisoners. The report also raised the possibility of sexual abuse of young prisoners by prison guards.

According to the report of Human Rights Activists News Agency (HRANA), a prisoner who had recently been released from prison said to the HRANA that “There is a column in prison where the prisoners are handcuffed and shackled to it for punishment, so that they cannot turn their head and this punishment might take 10 to 15 days. Prison officials called the column “Pa ziyarat” means “pilgrimage” and say that it “Heals””.

The source also described conditions of Minab prison as inhumane and added: “the state of health, food and treatment is very bad and inhumane in the prison. Sending to hospital is being done very late or not at all.”

The source also noted sexual abuse of young prisoners by guards and claimed: “the prisoners protested to this heinous act and demonstrated it to the prison warden, but instead of punishing the offenders, the officials punished the prisoners who protested and exiled them.”

Minab prison with a capacity of 1,000 prisoners in the city with a population of 300 thousand of Minab is located in 100 kilometers East of Bandar Abbas in Hormozgan province.