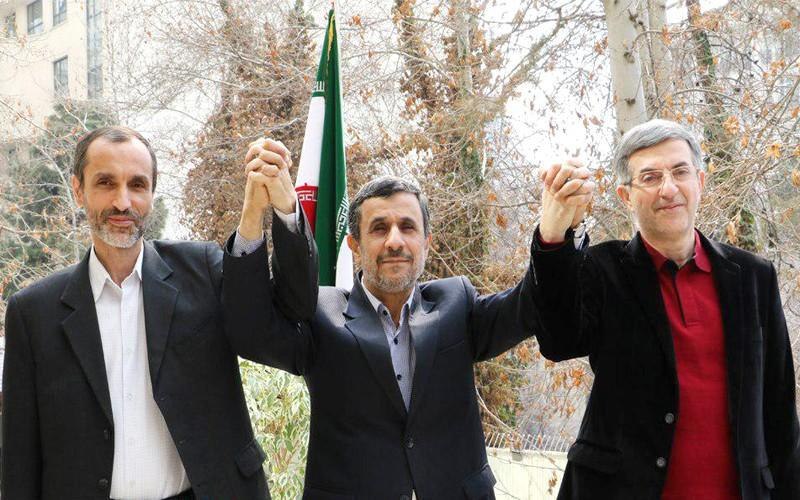 Human Rights Activists News Agency (HRANA) – Abbas Pouriani, the head of Iran’s Revolutionary Courts, has announced that the case file for Esfandiar Rahim Mashaei was sent to the Revolutionary Court, according to the state-run news agency, Young Journalists Club. Mr Mashaei is a close ally of Mahmoud Ahmadinejad and his former Vice President.

Earlier, Adel Heidari, Mr Mashaei’s lawyer, had stated: “After the prosecution was completed and the indictment was issued, I was not given the opportunity to access [my client’s case] or meet with my client, despite several follow-ups.”

“My client was arrested after setting the judicial verdict for Hamid Baghaie on fire in front of the British embassy. He has been detained for almost four months and the response we received to our objection to his arrest was the approval of [my client’s] continued detention. Due to the termination of an investigation by the Prosecutor’s office…[my] client should have been released. His continued detention is no longer justified,” said Mr Heidari.

On March 17, 2018, the Public and Revolutionary Prosecutor’s office announced Mr Mashaei’s arrest by police forces for the purpose of conducting further investigation on his case. On July 1, 2018, Abbas Jafari Dolatabadi, the Tehran Prosecutor, announced that the indictment of Rahim Mashaei had been issued.

Two days before his arrest, Mr Mashaei demonstrated in front of the British embassy in Tehran in objection to the judicial verdict issued to his ally, Hamid Baghaei, Mr Ahmadinejad’s former deputy president. Mr Mashaei accused Iran’s Judiciary of taking orders from Britain and the Queen of England to issue the verdict against Mr Baghaei.