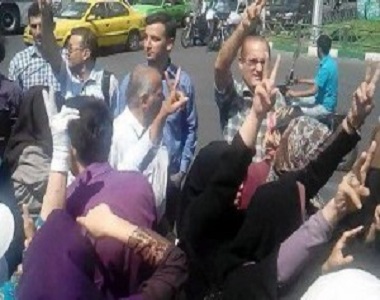 HRANA News Agency – More than a hundred and thirty teachers, who were arrested during a silent rally in front of the parliament, were released from detention.

According to the report of Human Rights Activists News Agency in Iran (HRANA), in the teachers’ silent gathering in an extensive security environment on 22nd July, over a hundred teachers were arrested and after a few hours all of them were released.

According to this teacher, the detainees in addition to rejecting and refusing to eat lunch in the detention center, resisted against separating some of the teachers for the interrogation or transferring them.

Teachers’ silent rally to protest at the imprisonment of activists of the teachers’ union in front of the parliament was held under tight security, so that the detention and conflicts started before the formation of the rally began, and more than 130 of teachers were detained for a few hours.

Some MPs, including Ali Motahari and Aboutorabi Fard, protested against the approach and method of treating this gathering and extensive detention of teachers, in various forms. 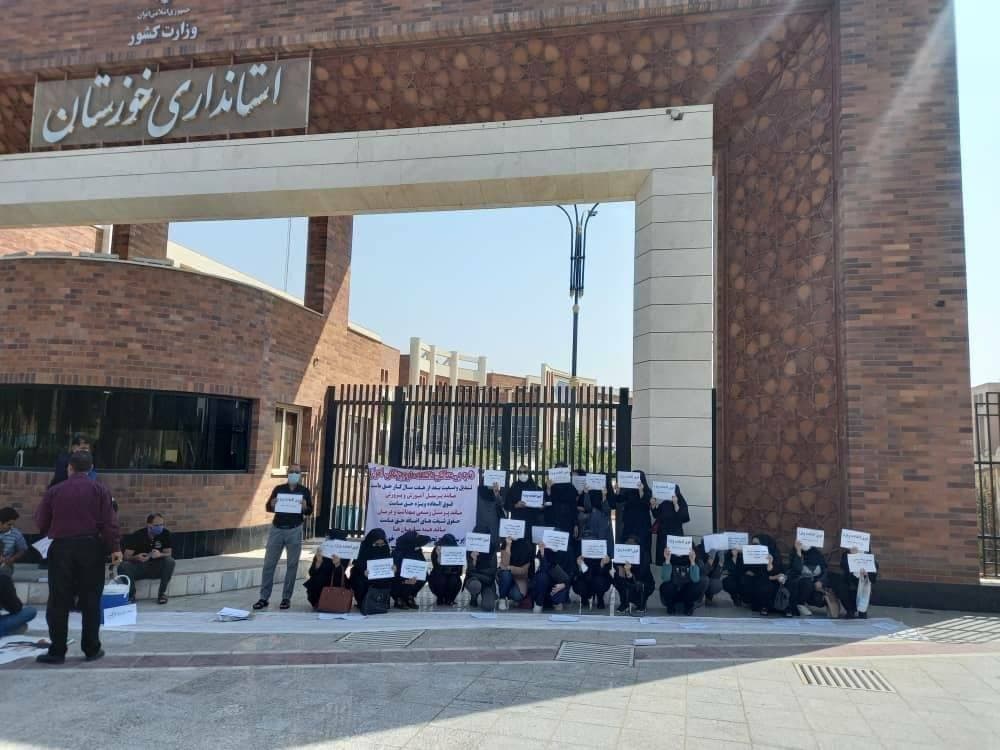