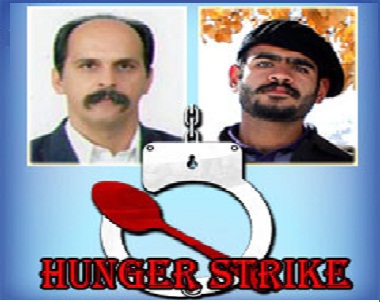 According to a report by Human Rights Activists News Agency (HRANA), quoted from Majzooban Noor, doctors say this can  cause irreparable damages to their health.

It should be noted that, the families of two Dervishes, Saleh Moradi and Kasra Nouri, in a contact with Majzooban Noor website expressed grave concern for their deteriorating health. They are suffering with vision loss, kidney failure, bowel adhesion in addition to weakness, weight loss and dizziness and the appearance of these symptoms are warning signs of their dire health condition and indicate that their lives are in danger! Their family said.

It is reminded that, on 15th of Bahman 1391(Feb 3, 2013) despite the poor physical conditions of two dervishes, Kasra Nouri and Saleh Moradi, who are on hunger strike , the security forces and prison authorities forced them to sign a letter stating that they have good physical health and they do not need any medical treatment and health care!

Saleh Moradi and Kasra Nouri are currently in prison, on charges of “Propaganda against the regime”, “Acting against national security”, “Deviant group (Majzooban Noor) membership” and “Interviews with foreign media, Radio Farda”, but they have not yet received a definitive sentence till now. It seems that, after 18 months, their case is under investigation in Shiraz’s Revolutionary Court.

We note in this regard that although they have been in detention more than the serving a period of time which would equate to their sentence, therefore now their detention is absolutely unlawful.