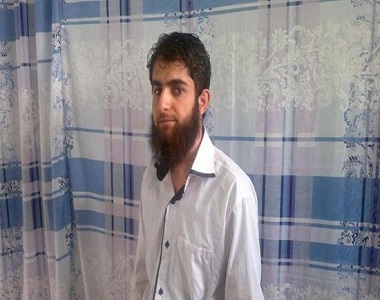 HRANA News Agency – At least 20 prisoners were executed last week in Rajaei Shahr prison. Among them Shahram Ahmadi was the most known in the media. Due to lack of information about these executions by official authorities, HRANA is releasing the images of some documents, including supreme court’s sentence and defendant’s defense against the charges, in order to help clarify this case for public.
According to the report of Human Rights Activists News Agency (HRANA), Shahram Ahmadi is the most famous name in the list of 20 prisoners who were executed last week.
All of the prisoners who were executed, had similar trial conditions and case process and were charged with membership in “Tohid and Jihad” group. Therefore, reviewing the case of Shahram Ahmadi, who had been insisting on being innocent, is very important for getting some insight and gaining general realization about the legality, fairness, and applying human rights conventions.
In the following documents Sharam Ahmadi’s charges are stated as “membership and effective cooperation with the terrorist group of ‘Tohid and Jihad’, possession of four Kalashnikov (AK-47) rifles and related ammunition and also carrying three Kalashnikov rifles, and also cooperation in an assault on police check point of Paykan-Pajooy and negligence of police stop order”.
Sadegh Saedmouchi, the lawyer of Shahram Ahmadi denies all of the charges in 7 pages and claims that his client was a driver and did not know about the plan of a terrorist attack, and existence of a gun in the car. He also claims that the confessions were under torture and under pressure.
This is while the request for a retrial of Mr. Ahmadi was rejected, along with other prisoners and they did not have a chance to publically defense themselves. For more information please review following documents: